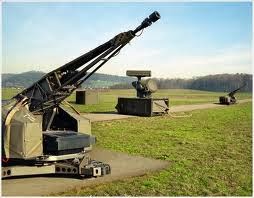 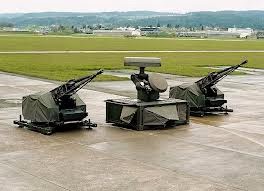 In recent weeks Rheinmetall has won major orders in the field of military air defence. Indonesia and a European nation have ordered air defence products for air force and naval applications which, together with accompanying services, are worth a total of about €50 million.

Indonesia has opted to expand its existing Rheinmetall-made Oerlikon Skyshield air defence systems with a follow-on order for Skyshield fire units. Worth over €38 million, the contract includes training and logistical services for the Indonesian armed forces. The delivery period extends through to the end of 2015.

Rheinmetall is one of the world’s leading makers of sophisticated short-range air defence systems. It is the market leader in cannon-based air defence, and the only single-source system supplier of fire control technology, automatic cannon, integrated guided missile launchers and the Group’s proprietary Ahead ammunition.

The weapons system itself consists of two 35 mm (1.38 inch) Revolver Cannons with a rate of fire of 1,000 rounds per minute, a Fire Control System made up of a sensor unit and a detached command post. The Skyshield can also use up to two surface-to-air missile 8-cell modules for an expanded air defense capability. The Skyshield is designed for traditional anti-aircraft roles in addition to defense against missiles.
at Thursday, February 20, 2014