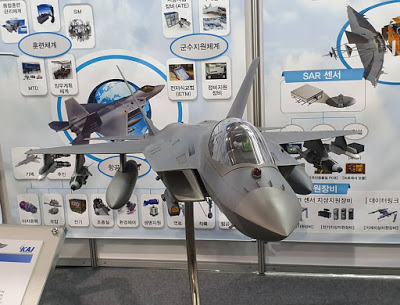 Indonesia is seeking a reduction of its share of expenses in the fighter jet development project with South Korea, as it is running about 300 billion won ($254 million) in arrears.

According to South Korea’s Defense Acquisition Program Administration on Monday, Indonesia had paid about 220 billion won of its share of 1.7 trillion won as of Monday. The first deposit was made in 2016. Since paying 132 billion won early this year, there have not been any additional payments from Indonesia, and it is running about 300 billion won in arrears as of July, DAPA said.

While admitting that they have been renegotiating the deal since early this year, the Korean government refused to elaborate on details of their talks.

“Aside from the financial problem, the development of the fighter jets is going smoothly. We do not see that Indonesia will withdraw from the project,” an official from Korea Aerospace Industries, which is participating in the project, told The Korea Herald.

According to the official, 32 more Indonesian personnel are set to arrive in Korea in August, adding to the current 80 working here.

The Critical Design Review meeting is also expected to take place in September, in which the two sides will review the development of the project. It would then lead to building an actual prototype of the fighter jets, the official said.

The KFX/IFX project is aimed at producing semi-stealth fighter aircraft of generation 4.5. From the program, the two countries will build 168 units, of which 120 will belong to Korea.

The warplanes are expected to be equipped with semi-conformal missile launchers, advanced avionics and air-refueling functions.