Philippine in Talks for Brahmos Missile


Excellent missile for Land and sea based attack 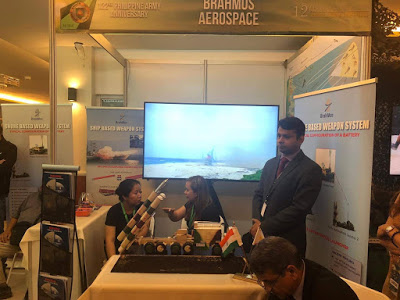 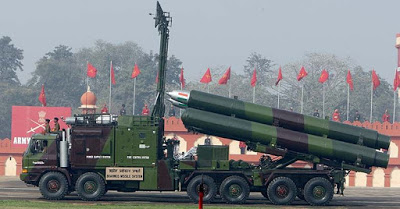 While still busy dealing with the country’s internal security threats, the Philippine Army (PA) is also gradually shifting from internal to territorial and external defense with its programmed acquisition of Indian-Russian designed land-based BraHmos supersonic missiles.

The BraHMos was developed in 1998 in a joint venture between the Defense Research and Development Organization of India and the Federal State Unitary Enterprise NPO Mashinostroyenia of Russia in an inter-government agreement.

The missile system can be launched from land-based mobile vertical launchers, while its variants can also be fired from warships, as well fighter aircraft.

It can attack and disable targets from as far as 290 kilometers when launched, by flying as low as five meters in altitude or at 1,400 altitude as the maximum with a speed of Mach 2.8.

“Once these BraHmos are finally procured and delivered, the Army will have the capability of defending the country from foreign aggressors and other territorial threats in the open seas,” a highly placed military source said.

On top of this, the Army has already created the 1st Brigade Combat Team to be its national quick reaction maneuver force against any land-based aggression of foreign forces anywhere in the country.

Meanwhile, the Department of National Defense (DND) is looking forward to a smooth and increased transfer of defense equipment and technology needed by the Philippines in its ongoing modernization program from Japan following the recent launching of Philippines-Japan Defense Industry Forum in Manila this week.

“We, at the DND, fully support the recent amendment of Japan’s Self-Defense Force Act that would allow the Japanese government and its Ministry of Defense ‘the needed flexibilities’ for the Japanese military force ‘to play a greater role’ in maintaining peace and stability in the Asia-Pacific region by exporting quality defense equipment to foreign countries like the Philippines,” declared Defense Undersecretary Cardozo Luna at the inaugural launching of defense industry forum.

Japan has already handed over for free five maritime patrol trainer aircraft to the Philippine Navy.

These aircraft, converted into surveillance planes, are being used to conduct patrols over the country’s maritime and territorial domain in the West Philippine Sea and at the Philippine Rise (Benham Rise) in the Pacific.

Tokyo also passed on to the Philippine Air Force excess spare parts for UH-1H helicopters in its inventory.

The Philippine Army has activated three new aerial defense units in a bid to bolster defense capabilities against threats and better array of aviation operations to support ground forces.

“These units will play a vital role in the Army’s fight against terrorism and the communist insurgency,” he explained.

On the other hand, the Rocket and Missile units under the Army Artillery Regiment will help augment the troop’s firepower in large scale armed confrontation for internal defense and security engagements.
at Tuesday, October 08, 2019