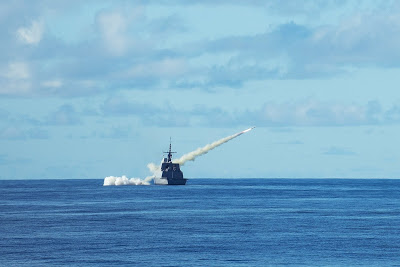 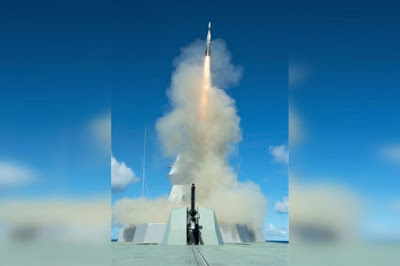 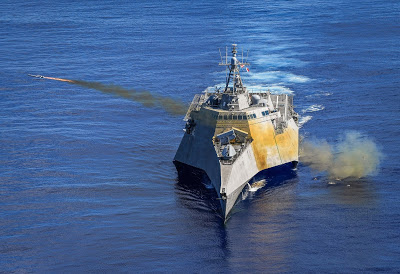 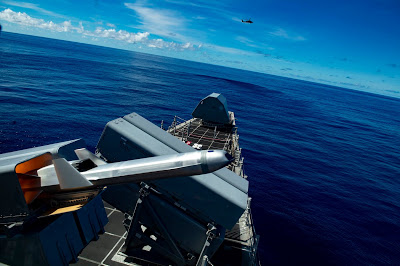 SINGAPORE - Off the coast of Guam in the western Pacific Ocean, Singapore frigate RSS Formidable fired a surface-to-air missile to intercept a high-speed aerial target flying at a distance that was hard to observe on radar

The Aster missile was fired for the first time in Exercise Pacific Griffin, a bilateral exercise between the Singapore and US navies.

A Ministry of Defence (Mindef) statement on Wednesday (Oct 2) said the bilateral exercise is being held in Guam Naval Base and in the waters off Guam. It began on Sept 24 and will end on Oct 11.

First conducted in 2017, Exercise Pacific Griffin highlights the strong navy-to-navy relations between Singapore and the US, as well as the excellent and longstanding bilateral defence relations between both countries, said Mindef.

During the exercise, another frigate, RSS Intrepid, fired a Harpoon anti-ship missile against a target, a decommissioned United States Navy (USN) warship. A Sikorsky Seahawk naval helicopter from the Republic of Singapore (RSN) will also be firing a torpedo to neutralise an underwater threat.

RSN's Commander of First Flotilla, Colonel Lim Yu Chuan, said in the Mindef statement that the exercise is a valuable platform for the two navies to strengthen mutual cooperation and inter-operability.

"With the vast training space in the waters off Guam, the exercise also provides the RSN with the opportunity to conduct high-end exercises of substantial scope and complexity," added the commanding officer of 185 Squadron.