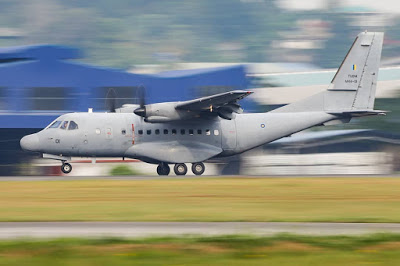 General Affendi Buang, the chief of the Malaysian Armed Forces, told Jane's on 31 January that the mission systems on the two aircraft will be provided by the United States under the Pentagon's Maritime Security Initiative (MSI), but provided no further details.

Jane's understands that the mission suite is likely to include the Merlin maritime surveillance system developed by Oregon-based Integrated Surveillance and Defense, Inc (ISD). This system has been installed on three CN-235s, two of which are in service with the Indonesian Navy, the other operated by the Indonesian Air Force.

Gen Affendi said work to upgrade the two CN-235s is expected to begin later this year, probably at PTDI's facilities in Bandung, Java, where the company is carrying out a service-life extension programme for the RMAF's CN-235s as part of a maintenance, repair, and overhaul contract signed in April 2018.

Two more of these platforms could also be converted into MPAs providing more funding from the MSI programme is approved.

The option to convert the transports into MPAs was part of a USD30 million contract with PTDI but this has so far not been exercised due to lack of funds. PTDI initially offered the Thales Airborne Maritime Situation and Control System (AMASCOS) and sensors for the MPA conversion programme.

Malaysia ordered eight CN-235s in 1998 and deliveries were completed in 2001. One aircraft was written off after it ditched in the sea in February 2016.