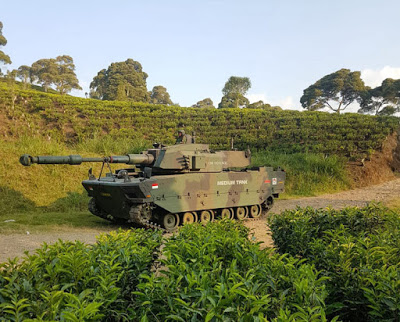 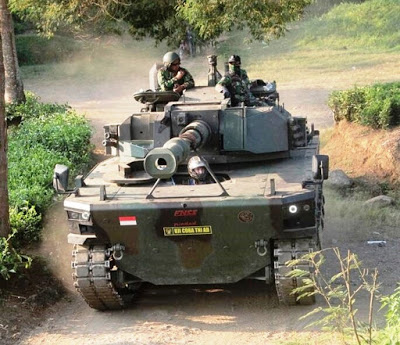 The mass production of KAPLAN MT (HARIMAU : name in Indonesia) Modern Medium Weight Tank, the product of a joint project carried out in Turkey by a leading Ankara-based defense company and an Indonesian defense company, has begun while the producing parties have been conducting new meetings for the export of the vehicle.

Nail Kurt, general manager and CEO of FNSS, told Anadolu Agency (AA) that FNNS finalized a contract in the last month of 2019 for the mass production of 18 KAPLAN MT tanks, adding that a prototype was set to be delivered at the end of this year, while the rest of the vehicles are planned to be delivered in 2021.

"We expect additional orders within this year and in 2021 within the scope of budgeted works," he added.

Kurt stated that the vehicle is lighter than the main battle tank but the impact power is almost equivalent to that, which enables it to operate with infantrymen easily, adding that this feature of the tank attracts global customers due to its high profitability in an asymmetrical war environment.

Joint Development KAPLAN MT design architecture consists of advanced ballistic and mine protection with a broad range of firepower, ranging from support of infantry to anti-armor.

This vehicle was not only developed for Indonesia but to meet the needs of both Turkey and allied countries, he said.

Exports to other countries on the table

Saying that the project includes the transfer of technology, Kurt noted that FNSS provided a license to the Indonesian company under the scope of the project, enabling the South Asian country to carry out contracts for the export of the vehicle.

Kurt noted that the producing parties are currently in contact with two other countries for the purchase of the tank.

The KAPLAN MT is powered by a power pack located at the rear of the vehicle, which delivers a power-to-weight ratio of about 20 HP/ton. The engine transfers this power to the driving system, which has a six-wheel, anti-shock suspension system with double-pinned tracks mounted on torsion bars.

Firepower is provided by a CMI Cockerill 3105 turret, integrated with a high-pressure 105-millimeter Cockerill gun and an advanced autoloader. Thanks to this turret, the KAPLAN MT has high firepower despite its relatively low weight.

The vehicle, which has an ultimate mine and ballistic protection for its class, rapidly responds to threats in the field and offers adequate firepower over a short period of time which, in turn, ensures superior survivability and mobility on the battlefield.