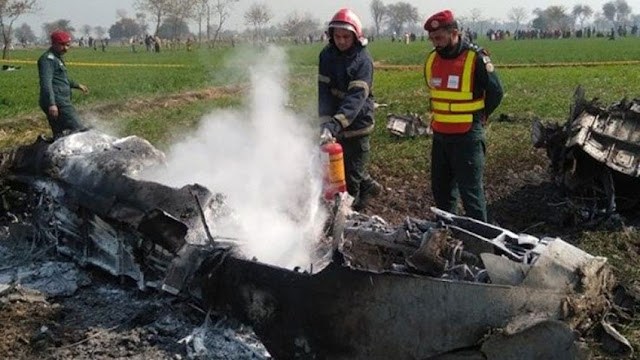 A statement issued by the PAF spokesperson said the pilot safely ejected and no loss of life or property had been reported on the ground.

Additionally, a board of inquiry has been ordered by the Air Headquarters to determine the cause of the accident.

Last month, a PAF aircraft crashed while on a routine operational training mission crashed near Mianwali. Both pilots, Squadron Leader Haris bin Khalid and Flying Officer Ibaadur Rehman, aboard the PAF FT-7 aircraft lost their lives in the crash.