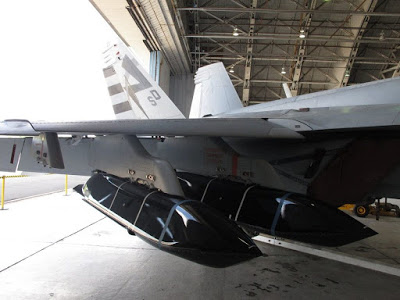 WASHINGTON - The State Department has made a determination approving a possible Foreign Military Sale to Australia of up to two hundred (200) AGM-158C, Long Range Anti-Ship Missiles (LRASMs) and related equipment for an estimated cost of $990 million.  The Defense Security Cooperation Agency delivered the required certification notifying Congress of this possible sale today.

This proposed sale will support the foreign policy and national security objectives of the United States.  Australia is one of our most important allies in the Western Pacific.  The strategic location of this political and economic power contributes significantly to ensuring peace and economic stability in the region.

Australia intends to use the missiles on its F-18 aircraft and will provide enhanced capabilities in defense of critical sea-lanes.  The proposed sale of the missiles and support will increase the Australian Navy's maritime partnership potential and align its capabilities with existing regional baselines.  This is Australia's first purchase of the missiles.  Australia will not have any difficulty absorbing these weapons into its armed forces.

The proposed sale of this equipment and support will not alter the basic military balance in the region.

The prime contractor will be Lockheed Martin, Orlando, Florida.  There are no known offset agreements proposed in connection with this potential sale.