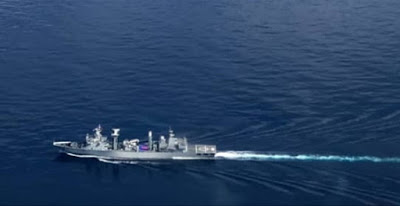 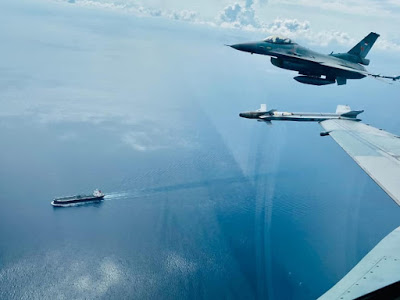 Interestingly enough, what the TNI-AU did not explicitly tell is that a Type 903A replenishment ship operated by the People’s Liberation Army Navy (PLAN) was also seen in one of the picture. The tweet is clearly with an intention to highlight the Indonesian military’s vigilance of its airspace to the public be it during Ramadhan or the outbreak of coronavirus.

According to one observer, the Type 903A might be part of the 35th Escort Fleet bound for Gulf of Aden as part of China’s Anti Piracy patrols there.

Also part of the flotilla were Type 052D class destroyer, the CNS Taiyuan and Type 054A class frigate, the CNS Jingzhou. The two ships were reported to have conducted simulated rescue exercise off the disputed Spratlys islands in the South China Sea on May 5.
at Sunday, May 10, 2020