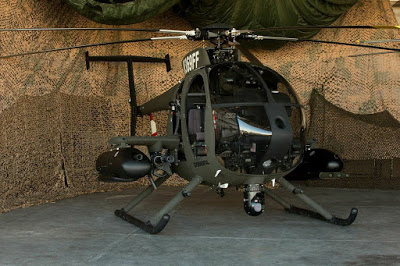 Malaysia is expected to sign for at least eight MD-530G light attack scout helicopter in late November. The helicopters to be operated jointly by the RMAF and the Army are expected to be deployed in ESSCOM once delivered.

Industry sources told Malaysian Defence, officials were working feverishly to ensure that the signing ceremony could be held in November when Malaysia is scheduled to host the East Asia summit.

However, if the agreement could not be worked out for the signing ceremony this November, the deal could be made official at the DSA 2016 exhibition next April.

It is not known what type of weapons are to be procured for the Little Birds. According to MD Helicopters, the MH-530G could be fitted with a range of weapons systems from the Dillon Aero M134D minigun, the FN Herstal 50 caliber Heavy Machine Gune Pod or the Heavy Machine Rocket Gun Pod, the Talon guided rockets and the Hellfire ATGM. The helicopter could also be fitted with personnel carrying rig.

It is expected that the Little Bird version to be procured is the same as the example displayed at LIMA 2015 earlier this year.