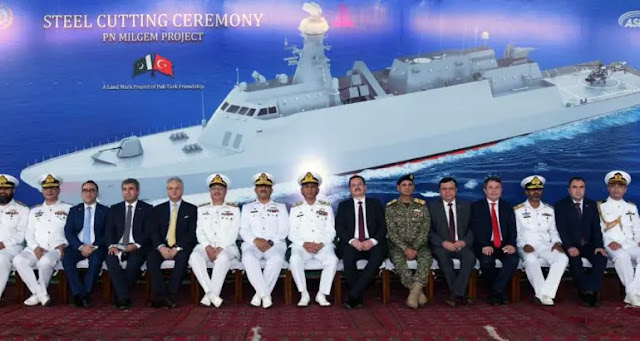 The steel-cutting ceremony of fourth Milgem-class corvette for Pakistan Navy was held at the Karachi Shipyard and Engineering Works (KS&EW) here on Tuesday.Chief of the Naval Staff Admiral Mohammad Amjad Khan Niazi graced the occasion as chief guest. The event marked a milestone in the construction schedule for the fourth Milgem-class corvette for the navy.
Pakistan Navy has signed a contract with M/s Asfat for construction of four corvettes out of which two are being constructed at the Istanbul Naval Shipyard and the remaining two at the Karachi Shipyard and Engineering Works.The corvettes will be fitted with state-of-the-art surface, sub-surface and anti-air wea­pons and sensors, integrated through an adva­nced network-centric combat management system.
at Thursday, June 17, 2021 No comments: 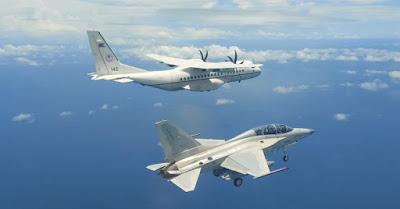 The Philippine Air Force (PAF) conducted a "solidarity maritime patrol" over the Philippine Rise on Saturday.PAF spokesperson Lt. Col. Maynard Mariano on Sunday said the activity was part of the country's commemoration of the 123rd Independence Day and 5th anniversary of the renaming of the Philippine Rise.The commemoration aimed to promote marine conservation and to assert the country’s sovereign rights on the feature, formerly known as the Benham Rise, located approximately 250 kilometers east of the northern coastline of Dinapigue, Isabela.

An EADS CASA C-295 medium transport and two South Korean-made FA-50PH fighter jets took part in the activity which was organized by the PAF and its Tactical Operations Wing Northern Luzon.Aboard the transport aircraft was National Security Adviser Hermogenes Esperon, also National Task Force for the West Philippine Sea (NTF WPS) chair and Northern Luzon Command chief Lt. Gen. Arnulfo Burgos along with other ranking officials.Esperon was the guest-of-honor during Independence Day ceremonies at Clark Air Base in Angeles City, Pampanga."The PAF C-295 aircraft was the primary aircraft for Secretary Esperon, Lt. Gen, Arnulfo Burgos and members of the NTF WPS during the conduct of the solidarity maritime patrol," Mariano said.

He added that the event was highlighted by the escort mission by two FA-50PH fighter jets led by PAF chief Lt. Gen. Allen T. Paredes over sovereignty buoys or markers in the Philippine Rise."Escort mission such as in maritime patrols builds confidence and assures the Filipino people that the PAF will always be there to keep our airspace inviolable and safe for all of us," Mariano said. 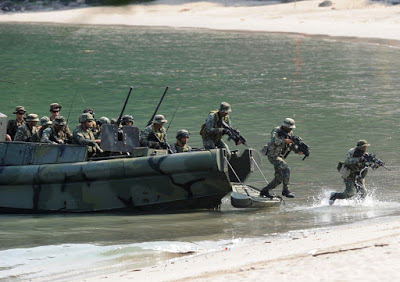 The United States government welcomed on Tuesday President Rodrigo Duterte's decision to postpone the termination of the Visiting Forces Agreement (VFA) for six more months.In a statement sent to reporters, the US Embassy in Manila said, "Our alliance continues to contribute not only to the security of our two nations but also strengthens the rules-based order that benefits all nations in the Indo-Pacific."

The suspension was extended while Duterte studies and both sides further address his concerns regarding particular aspects of the accord.Foreign Affairs Secretary Teodoro Locsin Jr., who announced the Chief Executive's decision on Monday night, however, did not elaborate what specific aspects of the deal are being studied.The VFA, established in 1999, provides a framework for defense forces cooperation that allows joint exercises between the Philippines and the US.In February 2020, Duterte notified the US that the Philippines would formally terminate the agreement.

Following the coronavirus outbreak, the government in June 2020 suspended the abrogation for six months.It was postponed for the second time in November 2020 to allow both nations "to find a more enhanced, mutually beneficial, mutually agreeable, and more effective and lasting arrangement on how to move forward in our mutual defense." 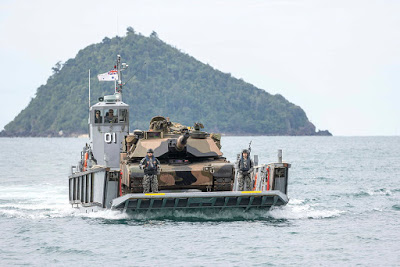 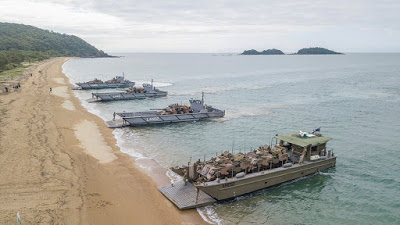 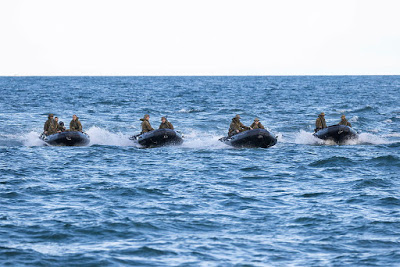 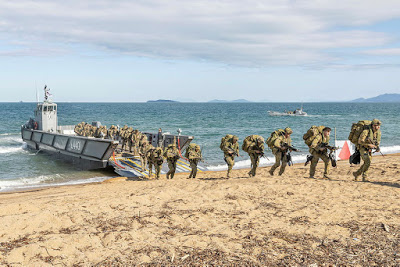 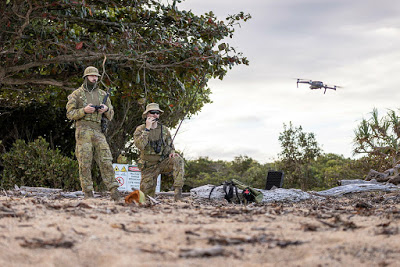 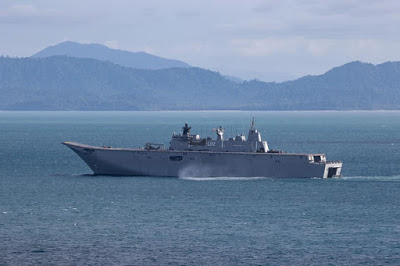 Exercise Sea Explorer has concluded with about 1800 ADF personnel taking part and for the first time the tactical deployment of M1A1 Abrams tanks was exercised in amphibious operations.The Australian Amphibious Force achieved the milestone at Cowley Beach in North Queensland during Exercise Sea Explorer, the second major activity of the Sea Series suite of exercises.Commander 1st Division Major General Jake Ellwood said the achievement showed Defence is advancing its warfighting capability in the coastal environment.

“During Exercise Sea Explorer we were able to demonstrate our capacity to project a mechanised combat team onto land from the sea,” Major General Ellwood said.“Troops rehearsed beach landings with a range of military vehicles, including the M1A1 Tank, using a variety of landing craft and with Australian Army ARH-Tiger and CH-47 Chinook helicopters in support.” Embarked in HMA Ships Canberra and Choules, the Australian Amphibious Force conducted wet and dry environmental rehearsals, combat enhancement training and force integration.Troops trained day and night to familiarise forces with the conduct of amphibious operations.

“Exercise Sea Explorer enables our soldiers, sailors and aviators to practice a range of procedures and capabilities in complex and challenging scenarios.”The training will intensify next month on Exercise Sea Raider when the Australian Amphibious Force take the lessons learnt on this exercise, and put them in to practice during a range of realistic amphibious assault and raid rehearsals as part Exercise Talisman Sabre. (Aus DoD)

Korean KF-21 Assembly Line Made Public for the First Time 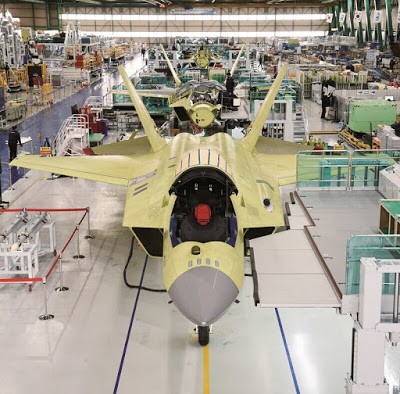 Airplane prototypes are made to run various tests, including test flights, before the planes go into mass production. The planes are opened up and taken apart to fix or replace flawed parts and then reassembled for more tests — a process that’s repeated over and over again.

Before the prototype plane can receive the OK for a test flight, it has to go through a year or so of ground testing. KAI opened up the KF-21 assembly line to the Hankyoreh, the first South Korean newspaper to gain access to the site. The wings and fuselages of the fighters on the assembly line were all painted light green, reminding me of the tender leaves on a mulberry tree in the early spring.

Almost the entire assembly process is done by hand. Twenty engineers were working together to load missiles on the second prototype plane.“You may have imagined the kind of conveyer belt you might see on an automobile assembly line, but this is completely different,” said Kim Jun-myeong, head of KAI’s operations department, with a smile.“Airplanes can’t be welded because they’re made of aluminum and other special materials. We assemble the fuselage and attach wings to the fuselage by drilling lots of holes on both sides for inserting rivets. A single wing needs more than 10,000 rivets,” said Lee Il-woo, a senior engineer on the KF-21 project.

Running my hand along the joint, I find the rivets as dense and neat as if they’d been sewn by machine. The rivets themselves are so smooth I can’t even feel them with my hand. If a rivet protruded even a single millimeter from the surface, it would create air resistance.

“The interior of the fighter has a complicated latticework designed to continue functioning even if some parts are damaged by gunfire during a dogfight. Electronic equipment runs from the cockpit to the ends of the wings,” Lee said.

Inside the Trenches of the War in Eastern Ukraine