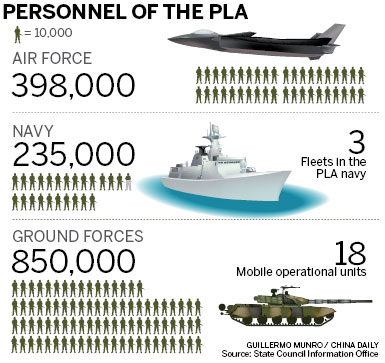 Declassified information outlines 'diversified employment' of military
China declassified a host of details on its military on Tuesday, a move experts suggest is a big stride by the armed forces to boost transparency and openness.
In a white paper titled "The Diversified Employment of China's Armed Forces", which was published by the State Council Information Office, the PLA disclosed the strength and formation of its ground force, air force, navy and missile arm. The structure and missions of the Armed Police Force and Chinese militia were also made public.

According to the document, the eighth of its kind issued by the Chinese government since 1998, the mobile operational units of the PLA ground force consist of 18 combined corps and several independent combined combat divisions or brigades. These units have a strength of 850,000.
The paper for the first time unveils the designations of combined corps and the military command that directs them. It also reveals that the PLA navy has 235,000 people in active service, and the air force has 398,000 servicemen and servicewomen. In addition, there is an airborne corps under the air force's control.
The PLA second artillery force, the country's core force for strategic deterrence, has an arsenal of Dongfeng (East Wind) ballistic missiles and Changjian (Long Sword) cruise missiles. It is the first time that the Chinese military has publicly mentioned the codenames of its missiles.
"This is the first time that the Chinese government has issued a white paper that focuses on one of the specific factors of its armed forces," said Senior Colonel Wen Bing, a researcher at the national defense policy research center under the PLA Academy of Military Science.
"The release of the document is of great importance for enhancing the system of white papers on national defense and expanding military transparency."
Wen said the international community has some concerns over China's increasing use of its armed forces, so the Chinese government decided to explain the diversified missions of its armed forces, such as in disaster relief, high sea escorts as well as joint drills with foreign militaries.
"(The paper's) content will help to better understand China's resolve to uphold peaceful development," he said.
Senior Colonel Hou Xiaohe, a strategy expert of the PLA National Defense University, said: "The disclosure of a lot of previously classified information, like the combined corps' designations and the strength of each military branch, is in response to the international community's attention. Moreover, the move signals that China now has the confidence of being a responsible power."
The white paper says China advocates a new security concept featuring mutual trust, mutual benefit, equality and coordination, and pursues comprehensive security, common security and cooperative security.
"China will never seek hegemony or behave in a hegemonic manner, nor will it engage in military expansion," the white paper says. However, it warns that China still faces multiple and complicated security threats and challenges.
The paper also mentions the determination of China's armed forces to protect the country's "national security interests" in outer space and cyberspace.
"The pledge is in accordance with our armed forces' new missions under new circumstances," said Senior Colonel Meng Xiangqing, who specializes in defense strategy at the PLA National Defense University. "As the strategic competition has been intensifying around the globe, the range of each country's national interests is also expanding."
He noted China has been facing diversified safety challenges and remains a major victim of cyberattacks. "Therefore we must ensure that the Internet and outer space will be used for peaceful purposes and in the interests of all people."
"China's security interests stretch from the land to the sea, to outer space and cyberspace, from territorial security to overseas interests, and from traditional areas to nontraditional fields," said Major General Chen Zhou, director of the PLA Academy of Military Science's national defense policy research center.
He made the remarks during an interview with China News Service when explaining why the paper uses two chapters to emphasize maritime and overseas interests.
"We have been witnessing a remarkable surge in issues concerning overseas resources, strategic routes on the sea and citizens living abroad, so the armed forces must strengthen their overseas operational capabilities to safeguard our country's overseas interests," he added.
Yang Yujun, spokesman for the Defense Ministry, said on Tuesday that military transparency is closely related to national security and has no universal definition, adding that no country can boast complete transparency of military affairs.
China is open and candid in its armed forces' strategic purposes and military capability, according to the spokesman.
China has established strategic consultation mechanisms with 23 countries, and has explained its defense policies, security concerns and the military's missions via various channels including senior leaders' speeches, multilateral meetings and interviews with the media, Yang said.
"It is fair to say that China has been highly transparent in its military affairs."
at Saturday, April 20, 2013 No comments: 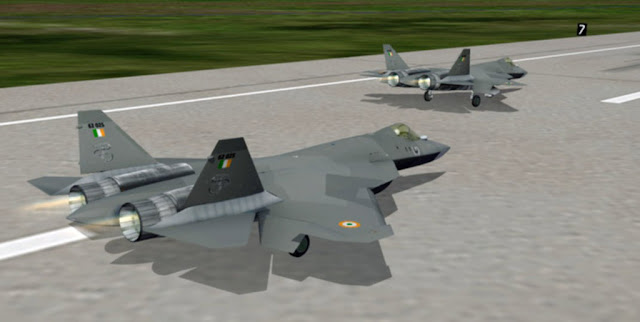 The Hindustan Aeronautics Limited (HAL) signed the $295-million PDC contract in December 2010 with the Sukhoi company, which is responsible in Russia for developing the PAK-FA (perspective aviation complex-frontline aircraft), as the FGFA is called in Russia.
“The aircraft design has been fully developed,” Sukhoi said in a press release. “Both parties have agreed upon on the amount and division of work during the research and development (R&D) stage. A contract for the R&D is being prepared. It is to be signed this year.”Under the PDC contract Sukhoi has also trained Indian engineers and provided HAL with the data and software needed to create a single working environment. A team of HAL engineers and IAF experts has been working at Sukhoi’s design bureau in Moscow, while Russian engineers have been assigned to HAL.
Four T-50 aircraft, the Russian prototype of the fifth generation fighter, have already performed more than 200 test flights since January 2010.
The customised FGFA version will have “some differences” from the Russian prototype to meet “specific requirements of the Indian Air Force,” the Sukhoi announcement said.

Russian experts said the FGFA will differ in “mission hardware and software,” as well as weapons. India has dropped its initial plan to redesign the single-seat T-50 into a twin-seat version.
Air Chief Marshal N.A.K. Browne told reporters at Aero India-2013 that India is to receive from Russia the first prototype of the fifth-generation fighter in 2014, followed by two more in 2017 and 2018. The FGFA is expected to go into series production by 2022.This is India’s biggest-ever defence project and its largest defence deal with Russia. It is expected to cost India more than $30 billion. However, last year India scaled down its original plan to acquire 214 planes by one-third, to 144 aircraft, citing time and cost factors. Russia plans to induct 60 planes at an estimated price tag of $100 million per aircraft.
at Saturday, April 13, 2013 No comments:

SHEPHERD-MIL, an UAV which looks like a native bird 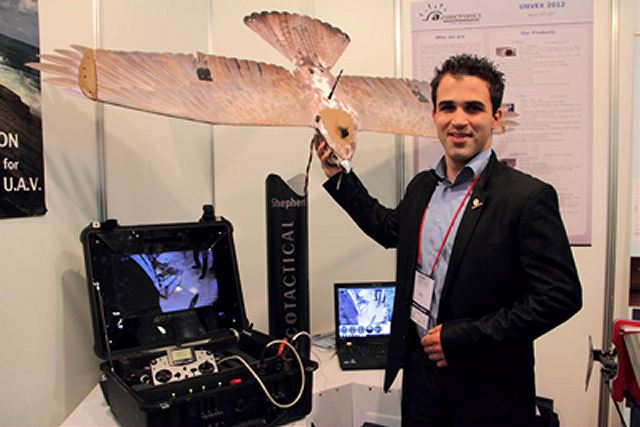 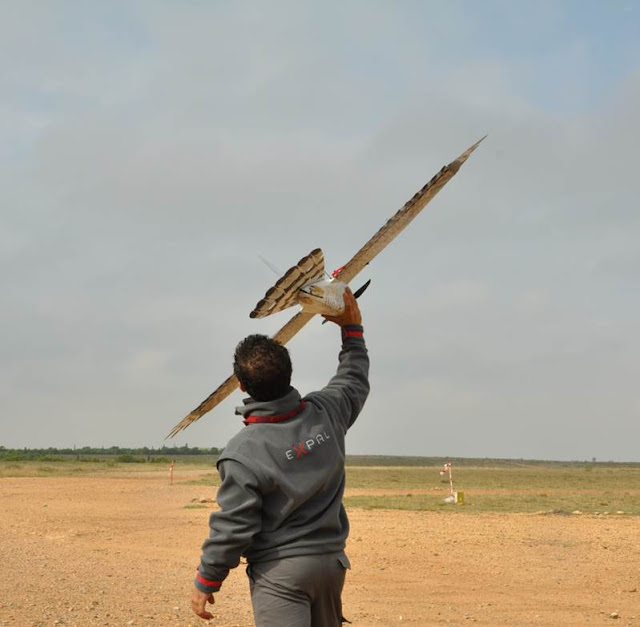 SHEPHERD-MIL, a UAV with different applications for intelligence, surveillance, target acquisition and reconnaissance missions will be featured along with other products and systems at the exhibition.

EXPAL will participate in HOMSEC 2013, displaying some of its most innovative solutions in the security area. Among other products, SHEPHERD-MIL, an UAV which looks like a native bird with the same flight performance, will be featured. This UAV is characterized by the glide-ratio and noiseless motor that make it invisible, silent and unobtrusive in sensitive missions. SHEPHERD-MIL was initially developed as a bird strike avoidance system, and currently is used in situations where the safety and protection are key.

SHEPHERD-MIL is equipped with cameras and geolocation software. The system is especially suitable for border surveillance missions, firefighting, and anti-drug trafficking operations amongst others. Furthermore, EXPAL has adapted and integrated the SHEPHERD-MIL into its Fire Support System (TECHFIRE), transforming the SHPEHERD-MIL into a specific version, Unmanned Forward Observer (UFO-UAV) that functions as a complement for the forward observer.
at Thursday, April 04, 2013 No comments: