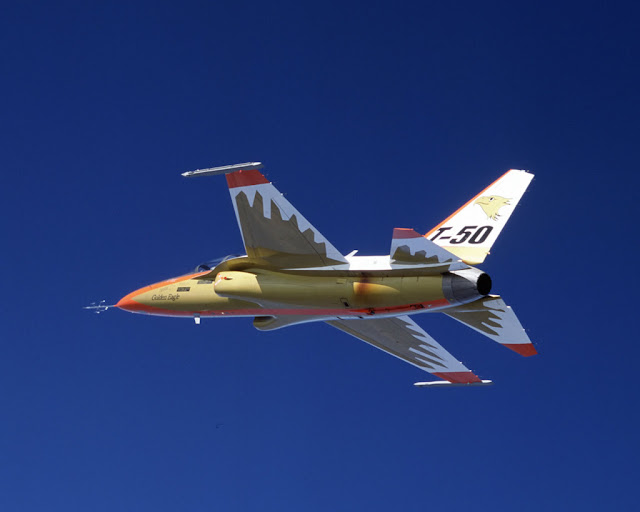 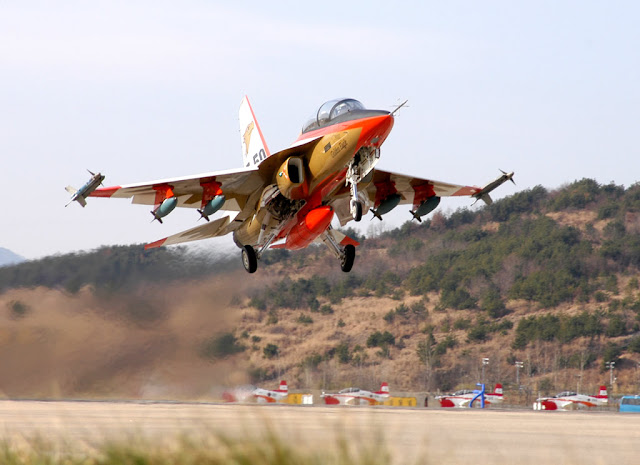 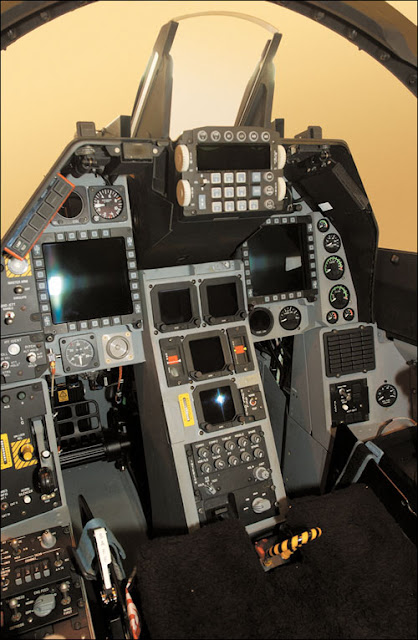 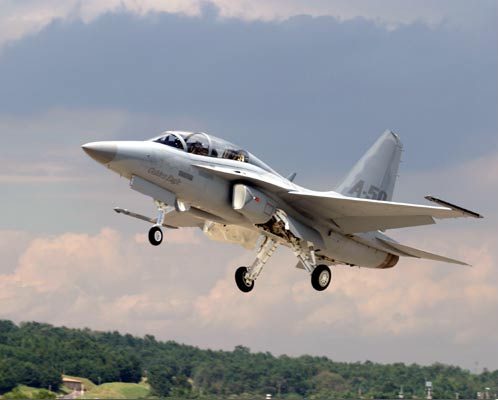 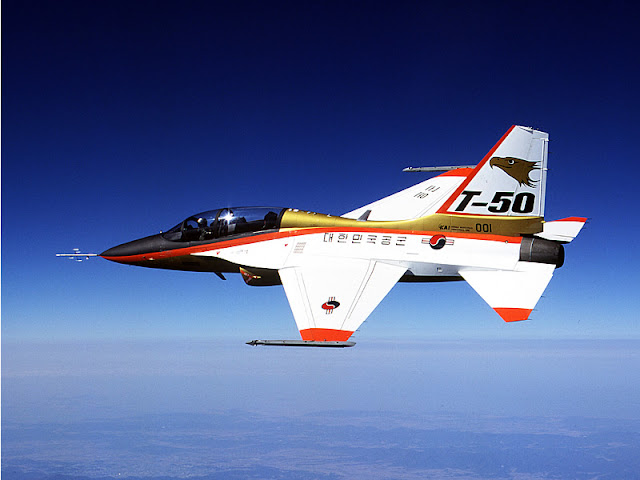 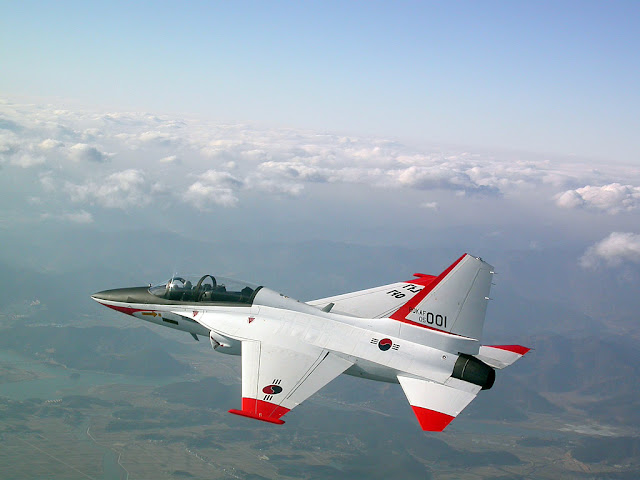 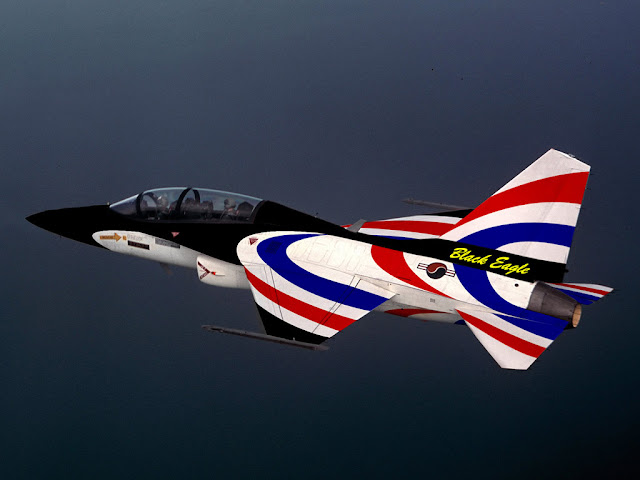 The T-50 was developed by Korea Aerospace Industries, Ltd., with cooperation and global marketing support from Lockheed Martin. Both firms were aware that many training aircraft fleets are aging, even as higher-performance fighters demand trainer aircraft that can keep up. The Korean government needed a fleet of trainers, and saw an opportunity to give their aerospace sector a strong boost in the process. Total investment in the T-50’s RDT&E program amounted to more than $2 billion: 70% from the Korean government, 17% from KAI, and 13% from Lockheed Martin.

With a length of 43 feet and a wingspan of 30 feet, the 2-seat T-50 is about 4 feet shorter than the F-16; overall, it’s only about 80% of the F-16’s size. The relative size of the control surfaces and tails are larger, however, to improve handling characteristics at lower speeds and make the aircraft easier to land. Larger landing gear is also fitted, to absorb harder landings, which is to be expected from student pilots. Its form’s resemblances to Lockheed Martin’s F-16 are suggestive, and include the blended mid-set wing, complete with leading-edge root extensions and rear ‘shelf’ fairings ending in F-16-style split airbrakes. 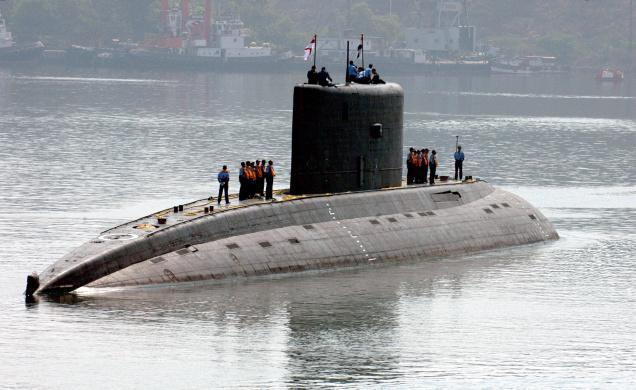 The INS Sindhurakshak submarine came off the slips at the Zvezdochka shipyard in Severodvinsk on Saturday, marking the completion of a mid-life refit programme for the Indian Navy’s Kilo-class diesel-electric submarines in Russia.
During a two-year in-depth modernisation the torpedo-firing INS Sindhurakshak, built in 1997, has been equipped with the tube-launched Club-S cruise missiles effective against surface vessels and submarines at a range of about 200 km. It has also been provided with some Indian-made systems, including a hydro-acoustic "USHUS" complex, a CCS-MK radio-communication system and Porpoise Electronic Support Measures. After going through sea trials and firing tests the submarine will be handed over to the Indian Navy later this year.

The INS Sindhurakshak is the seventh and the last of the 10 Kilo-class submarines that India bought from Russia between 1986 and 2000 to have undergone mid-term repairs and modernisation in Russia. Of the remaining three submarines one was repaired in India and the two others are currently under repair in India.

Even as Russia prepares to deliver the last retrofitted submarine to India, Russia’s top shipbuilding official has come up with the idea of a second mid-life repair of the Indian Navy’s Kilo-class submarines. “A second repair will add another 5 to 7 or even 10 years to the submarines’ scheduled 20-year service life,” said Andrei Dyachkov, Director General of Sevmash shipyard, who is expected to take over as the head of the United Shipbuilding Corporation, which controls 70 per cent of Russia’s s shipbuilding assets, next month. “This will help the Indian Navy maintain its submarine strength in view of delays in the induction of French-built Scorpene subs and in floating a tender for six more diesel-electric submarines,” he said. 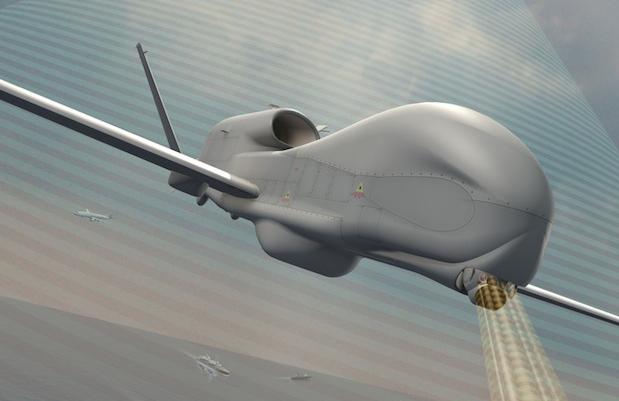 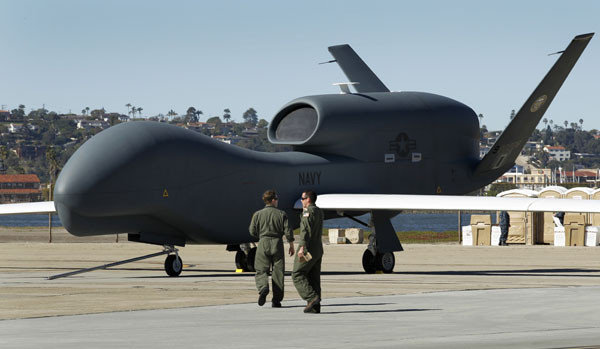 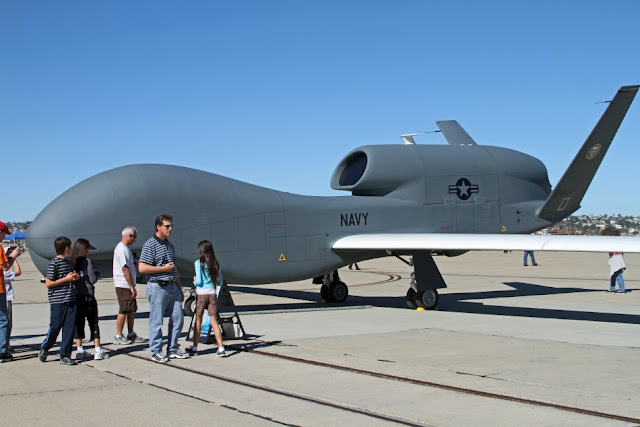 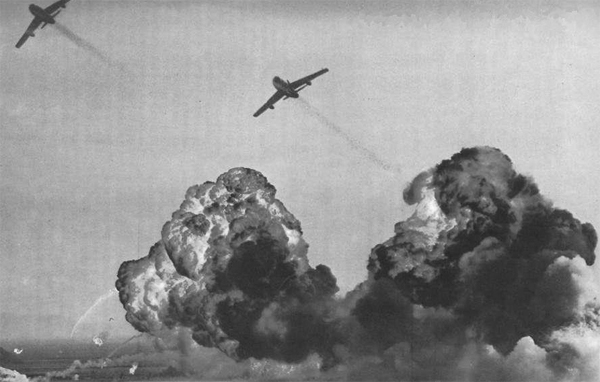 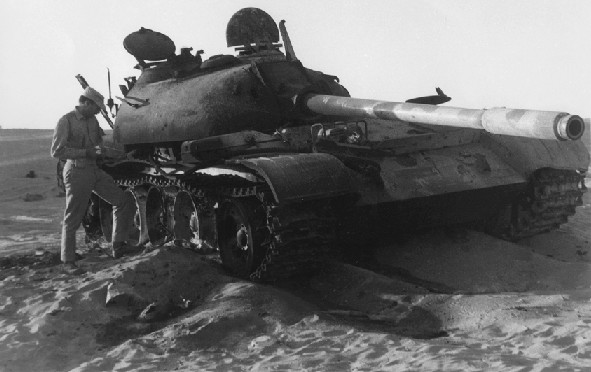 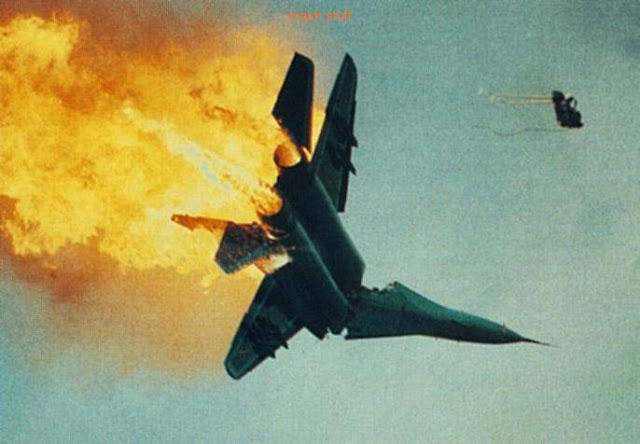 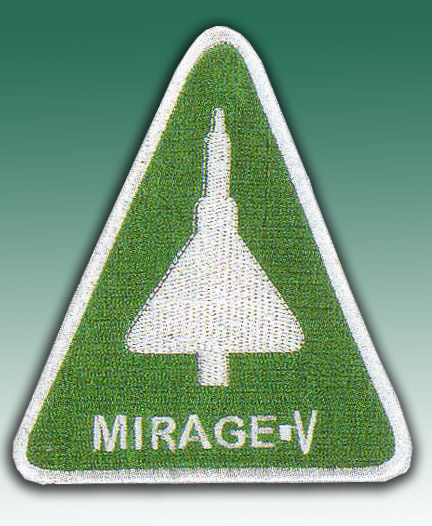 Both pilots on board, one instructor and a trainee, were safe in the incident as they ejected from the plane before it crashed, Pakistan air force (PAF) spokesman told media. Earlier reports said that both pilots went missing after the plane crashed.

Local Urdu TV channels quoted PAF official as saying that the training plane crashed at about 02:30 p.m. local time in Othal area of Hub district in Balochistan province. The plane took off from the PAF Base Masroor, Pakistan's largest airbase located in Mauripur area of southern port city of Karachi.

Squadron Leader Iqbal was flying the jet that was on a training mission along with other aircrafts.
A helicopter was sent to locate the debris and the pilot.


The Mirage training jet was on a routine training flight over the Hub district when it crashed.
According to PAF spokesman, they have started investigations about the matter. Local media reported that huge fire erupted when the plane hit the ground. Civil and army rescue teams and fire fighters rushed to the crash site. PAF has seen a rise in air crashes in recent months.

According to official sources, the aircraft was being repaired at the airbase when it caught fire with a huge blast. Firefighters, however, put out the fire. Sources said that due to the fire the aircraft was badly damaged while three personnel of PAF identified as Rizwan, Ansar and Kashif received minor burn injuries.

“Two blasts occurred soon after the aircraft caught fire,” sources said, adding that the F-7 aircraft was being repaired when the incident occurred. Later, a technical team examined the plane to determine the cause of fire.

Hamdy Weheba, the Chairman of the Arab Organization for Industrialization claimed this week that Egypt has started the production of the ASN-209 Multi-purpose UAV System.
He claimed that although the UAVs are being built in collaboration with a foreign defence manufacturer, more than 99% of the components are locally manufactured. He claimed that with the latest manufacturing venture, Egypt is entering in to the second phase of mass ASN-209 production. He said that the six drones which they had built during the first phase are fully operational under the Egyptian armed forces. 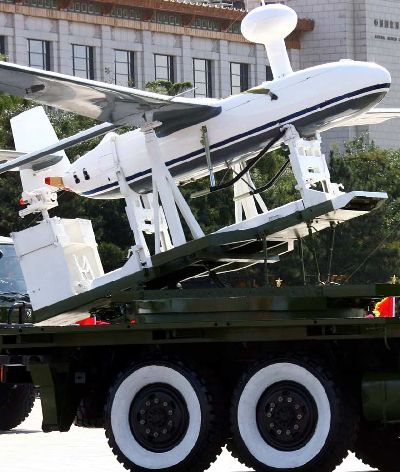 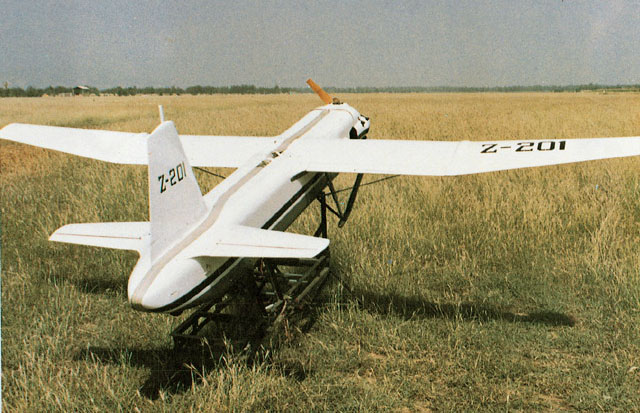 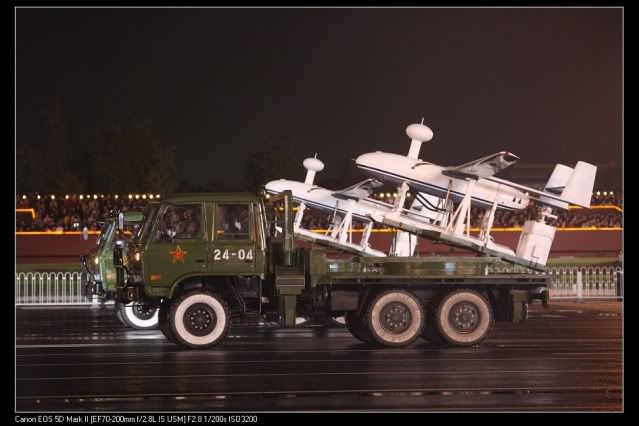 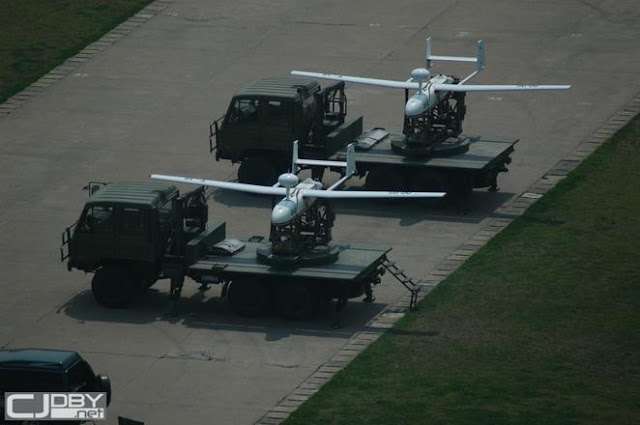 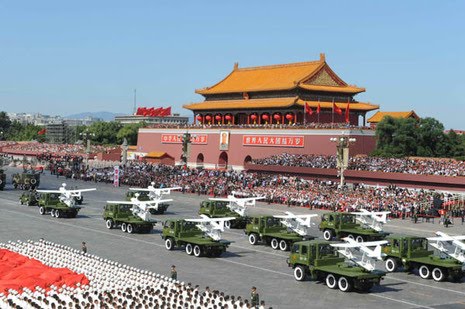 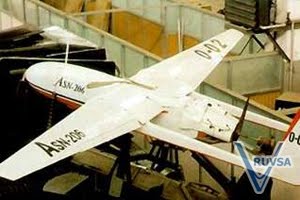 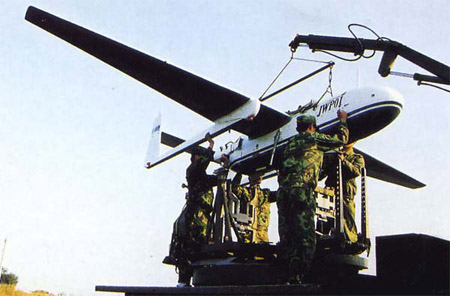 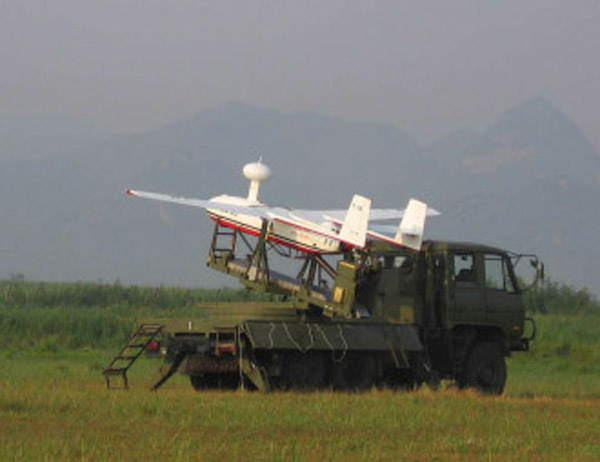 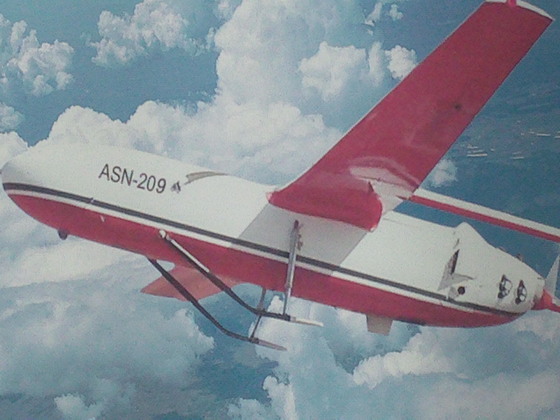 The drone was developed by ASN Technology Group, which is a specialized Unmanned Aerial Vehicle (UAV) Research and development company based in China. ASN claims that their UAV is capable of performing aerial reconnaissance, battle field survey, target location, destroy validation and artillery fire adjustment. It is capable of undertaking night time operations as well. According to the ASN officials, the UAV is capable of undertaking missions which require it to be on air continuously for up to 10 hours. The UAV is having an operational range of 125 miles and is capable of supervising very large areas.

First satellite for Indian Navy to be launched in a month

NEW DELHI: The Indian Navy is finally set to get their first-ever dedicated military satellite, a naval surveillance and communications one, as part of their long-standing quest to effectively harness the final frontier of space. The geo-stationary naval satellite has "already been shipped out'' for its launch that will take place "within a month or so", government sources said.

A not-too-subtle indicator of the space event in the offing was also the creation of a new post of assistant chief of naval staff (communications, space and network-centric operations) at the Navy head-quarters over the weekend.Though tight-lipped about the "over-the-sea" satellite's launch, the Navy said a communications and electronic warfare specialist, had taken over as the new ACNS (CSNCO) in keeping with its endeavour to transform from a "platform-centric Navy'' to a "network-enabled Navy''.

The satellite, with an over 1,000 nautical mile footprint over the Indian Ocean Region (IOR) stretching from Africa's east coast right till Malacca Strait, will enable the Navy to network all its warships, submarines and aircraft with operational centres ashore through high-speed data-links.
There is an urgent need to keep real-time tabs over the rapidly-militarizing IOR, where China is increasingly expanding its strategic footprint, as well as on troop movements, missile silos, military installations and airbases across land borders.

The long-delayed naval satellite is to be followed by ones for the Army and IAF for "over-the-land use''. In absence of dedicated satellites, the armed forces have so far depended on "dual-use'' Indian satellites as well as lease of transponders on foreign ones for their navigation, communication, surveillance and reconnaissance purposes.
at Monday, June 04, 2012 No comments: