Zumwalt – the Newest Destroyer for the US Navy is Launched

General Dynamics Bath Iron Works (BIW) successfully launched the Navy’s first Zumwalt-class destroyer Oct. 28 at their Bath, Maine shipyard. The future USS Zumwalt (DDG 1000) will be the lead ship of the Navy’s newest destroyer class, designed for littoral operations and land attack. At 610 feet (186 meter) long, and 15,610 (long) tons displacement, the Zumwalt looks unlike any ship the navy has sailed, with an angular superstructure, a low-slung “tumblehome” hull to “pierce” waves for a smoother ride, Other new provisions include electric propulsion and a futuristic bridge, that looks more like it belongs on Star Trek’s USS Enterprise than a real Navy ship.

The $4 billion warship, built by Bath Iron Works in Maine, was launched on the Kennebec River Monday, five years after construction began. The Zumwalt, hull number DDG-1000, was meant to be the first of a class to replace the DDG-51 Arleigh Burke-class destroyers. Rising construction costs caused caused the Pentagon to tack, limiting the program to just three Zumwalts. They are 100 feet longer than their predecessor, but require half the crew.

Because of the complexity of the first-of-class ship, the Navy will perform a two-phase delivery process. Bath Iron Works will deliver the ship itself to the Navy in late 2014. Upon delivery, the Navy will then conduct combat systems activation, tests and trials, to include multiple underway periods. The ship is expected to reach its initial operating capability in 2016. The BIW will deliver the USS Zumwalt in fall of 2015. DDG-1001, the USS Michael Monsoor, is scheduled for 2016 delivery, and the DDG-1002, USS Lyndon B. Johnson, is expected in 2018.

As one of the Defense Department’s largest acquisition organizations, PEO Ships, an affiliated PEO of the Naval Sea Systems Command, is responsible for executing the development and procurement of all major surface combatants, amphibious ships, special mission and support ships and special warfare craft.

The USS Zumwalt may be the biggest destroyer ever built for the Navy, but it should be the hardest to spot on radar. The shape of the superstructure and the arrangement of its antennas significantly reduce the ship’s radar cross section, making the ship less visible to enemy radar at sea. The design also allows for optimal manning with a standard crew size of 130 and an aviation detachment of 28 Sailors thereby decreasing lifecycle operations and support costs.

Construction began on DDG 1000 in February 2009, and the Navy and its industry partners have worked to mature the ship’s design and ready their industrial facilities to build this advanced surface combatant. Zumwalt is currently more than 87 percent complete, and the shipbuilder will continue remaining construction work on the hull prior to planned delivery late next year.
The lead ship and class are named in honor of former Chief of Naval Operations Adm. Elmo R. “Bud” Zumwalt Jr., who served as chief of naval operations from 1970-1974. The official christening of the ship was cancelled earlier this month. Originally scheduled for Oct. 19, the ceremony was postponed until a future date due to the US administration shutdown.
at Wednesday, October 30, 2013 No comments:

Email ThisBlogThis!Share to TwitterShare to FacebookShare to Pinterest
Labels: Special forces, US Navy, US weapons 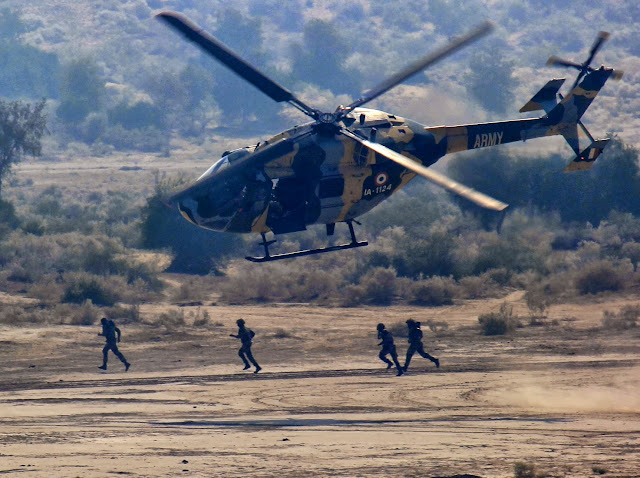 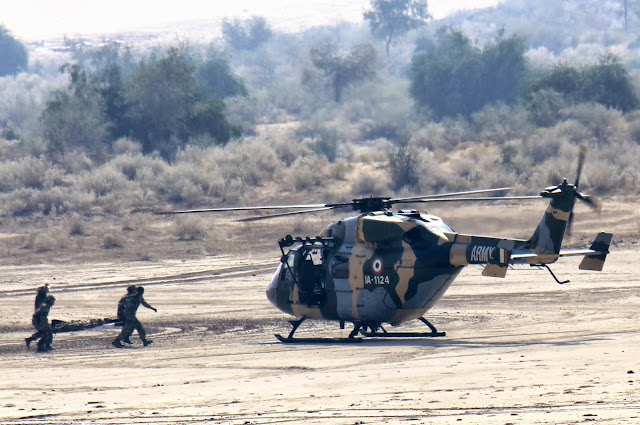 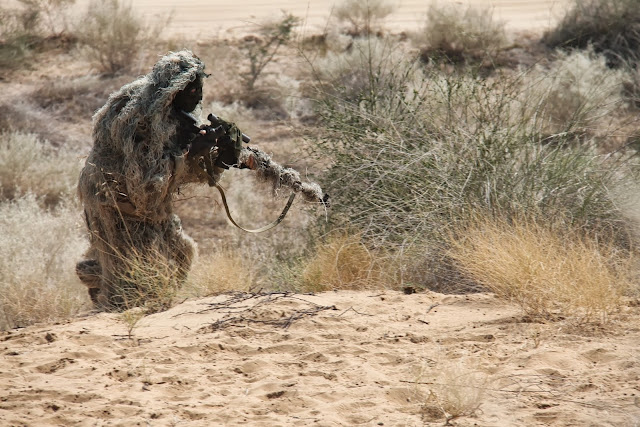 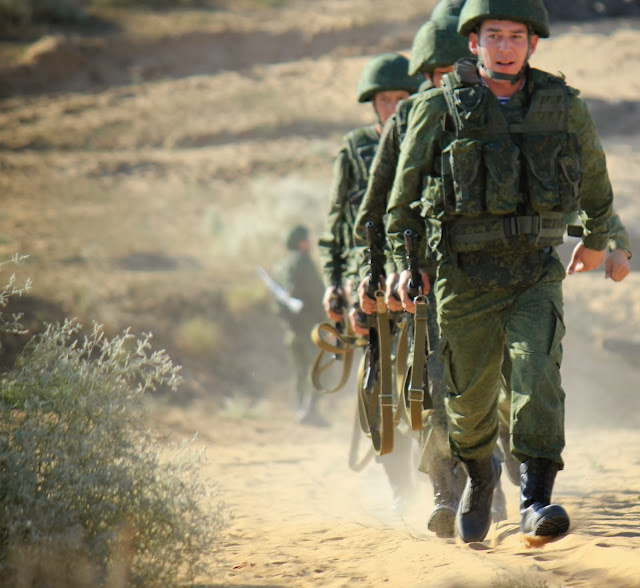 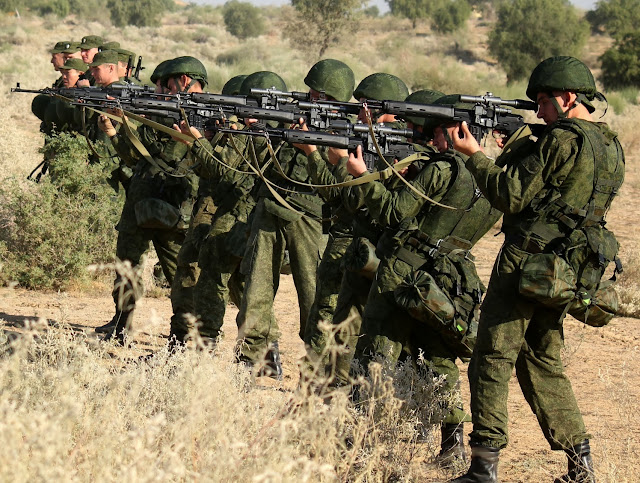 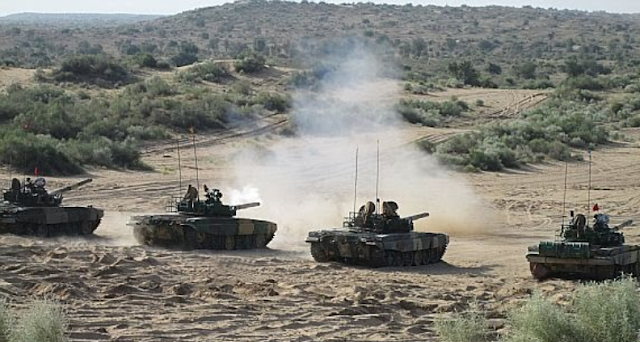 Speaking to parliament in the Hague, Jeanine Hennis-Plasschaert said that RNLAF pilots and technicians will begin training at Eglin Air Force Base (AFB) in Florida at the end of October. The disclosure comes weeks after she announced that the Netherlands will procure a total of 37 JSFs to replace the RNLAF's Lockheed Martin F-16 Fighting Falcons.

The pilots will start off with theoretical training and begin flying with the JSF in December. The training aims to prepare pilots and maintenance personnel for the operational test phase beginning in 2015.

The two Dutch F-35A conventional take-off and landing aircraft (AN-1, delivered in April 2012, and AN-2 delivered in March 2013) are currently at Eglin AFB. The two aircraft, along with the Dutch personnel, will move to Edwards AFB in California for the second part of the operational test phase.
Hennis-Plasschaert described the beginning of Dutch training at the end of October as an "irreversible step" in the Netherlands' JSF programme.

Russian Air Force to Field a Stealth Bomber By 2020

In April 2013 the Russian Air Force has approved the conceptual design and specification of its future strategic bomber known as ‘PAK-DA’ (future long-range aircraft), paving the way for development of components for the aircraft. Air Force Commander Lt. Gen. Viktor Bondarev was quoted by Novosti news agency saying that the PAK-DA project has been in the works for several years but was given the formal go-ahead by the Russian leadership in 2012. It is due to replace Russia’s aging fleet of 63 Tupolev Tu-95MS Bear and 13 Tu-160 Blackjack strategic bombers in the next decade. The principal nuclear armed weapon used with these platform is the Kh-102 that has entered service in the 2000s. The Tu-95MS can carry eight missiles and Tu-160 carries 12 on two rotary launchers.

The Tupolev design bureau has won the PAK-DA development tender offering a subsonic “flying wing” design, providing advanced stealth capabilities. It was selected over more speculative ‘hypersonic bomber’ recommended by Russian Deputy Prime Minister Dmitry Rogozin. The new bomber will carry both conventional and nuclear weapons, including a new long-range cruise missile that has already been adapted for the new bomber. The characteristics of such weapon are still classified, but, according to debate that has surfaced in the Russian media this year, such missile could feature hypersonic performance. In the 1980s the Russians conducted several hypersonic missile researches, although none of the programs reached technological maturity. Experts say the combination of subsonic stealth and hypersonic flight overcoming access denial and counter-air weapons would enable the future bomber superior capabilities over existing platforms. The new bomber is expected to go in production by 2020 and will be built at a new aircraft assembly line at Russia’s Kazan plant (KAPO). The same plant previously built the Tu-95MS and Tu-160. According to defense ministry officials, the PAK-DA could enter service by the year 2025. 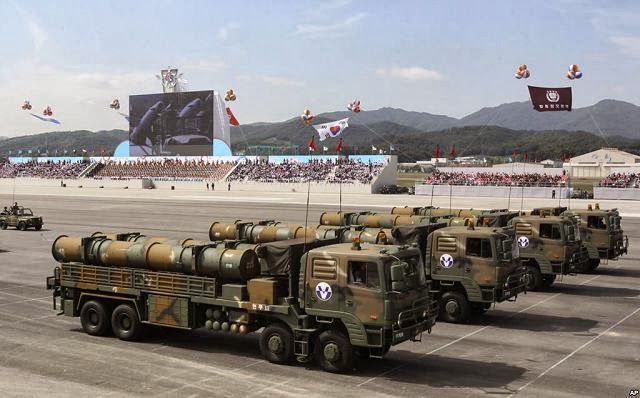 South Korea displayed its new longest-range missile Hyunmu-3 capable of striking all of North Korea and other sophisticated weapons at a massive military ceremony Tuesday, October 1, 2013, a display of force meant to show Pyongyang that any provocation would be met with strong retaliation.
at Friday, October 11, 2013 No comments:

As the Pentagon reportedly mulled in the past month a potential Tomahawk strike on Syria involving hundreds of targets, Raytheon Co. quietly won a $1 million contract to develop technologies for a potential new cruise missile -- one that could streak 300 miles in less than five minutes.

The term scramjet is derived from the phrase "supersonic combustion ramjet"; scramjets are designed to achieve hypersonic speed by sucking air and compressing it into a combustion chamber even as those particles maintain their supersonic speed from entry to exit in the form of exhaust. In an air-breathing ramjet, by contrast, air goes through the combustion process below the speed of sound — a less-efficient design that slows the vehicle.

Tomahawk cruise missiles are made by the Tucson, Ariz.-based Raytheon Missile Systems division of Raytheon. The Tomahawk was originally developed by General Dynamics in the 1970s and passed to Raytheon in late 1997 via its $9.8 billion acquisition of Hughes Aircraft.

The Tomahawk has been a reliable warhorse to this day; under the most recent acquisition program that began fielding missiles in 2004, the U.S. Navy expects to spend $7.1 billion for nearly 5,000 Tomahawk missiles, according to December 2012 figures published by the Department of Defense.

In the second quarter, Raytheon Missile Systems sales totaled $1.7 billion, up 7 percent from a year earlier in part due to increased cruise missile production — Tomahawk bookings to the U.S. Navy and international customers totaled nearly $350 million in the second quarter.

Any hypersonic cruise missile program could represent a new blockbuster for Raytheon, as the U.S. military explores an ever-widening range of options to exploit the possibilities of unmanned systems to execute surprise strikes with minimal risk to soldiers, sailors and airmen. While Raytheon has hyped other major projects this year, including missile-defense systems and the Next Generation Jammer award under protest by BAE Systems, it has been mum on the hypersonic cruise missile being contemplated by the Pentagon.

Raytheon did not make a manager available for an interview before deadline to discuss the hypersonic cruise missile program and its potential for the company.