In a sign of growing proximity in military sphere, Myanmar on Monday sought naval arms assistance from India.

In a media interaction during a Guard of Honour for the visiting dignitary in the South Block forecourt, Admiral Joshi described Myanmar as “one of the closest neighbours”. “We share a land border as well as a maritime border with them. On the navy-to-navy front, we have had extremely cordial relations,” he said. He also noted that the Indian Navy was looking forward to taking the existing “excellent” interaction to the next level. Vice Admiral Swe stressed the special ties between the navies of the two countries.

Indian Navy has been assisting Myanmar to better its capacity in the maritime warfare domain for several years now. India has given Myanmar four Islander maritime patrol aircraft in the last decade, despite threats from the UK of sanctions as Yangon, which was then ruled by the military junta, was a no-go area for the western powers.

Myanmar has in the recent years sought help in building offshore patrol vessels (OPVs), but the Indian Government is yet to approve supply of these naval warships. India is also yet to receive the exact requirements of the Myanmar Navy for the OPVs, be it design or capability specifications.
Indian Navy already trains around 50 Myanmar Navy personnel of all ranks at its training institutions.

During the meetings, Vice Admiral Swe gave a list of naval equipment his country might require in the near future, including items indigenously developed by India such as maritime sensors.
Earlier this year, the navies of both countries for the first time launched coordinated patrols along their maritime borders in the Bay of Bengal against poachers, smugglers and other sea criminals.
Both navies regularly hold joint exercises in the maritime domain, including the one held off Visakhapatnam in March, when a frigate and a corvette from Myanmar visited the Indian port. Naypyidaw also sent at least one of its warships to Port Blair for the biennial Milan joint exercise of navies. 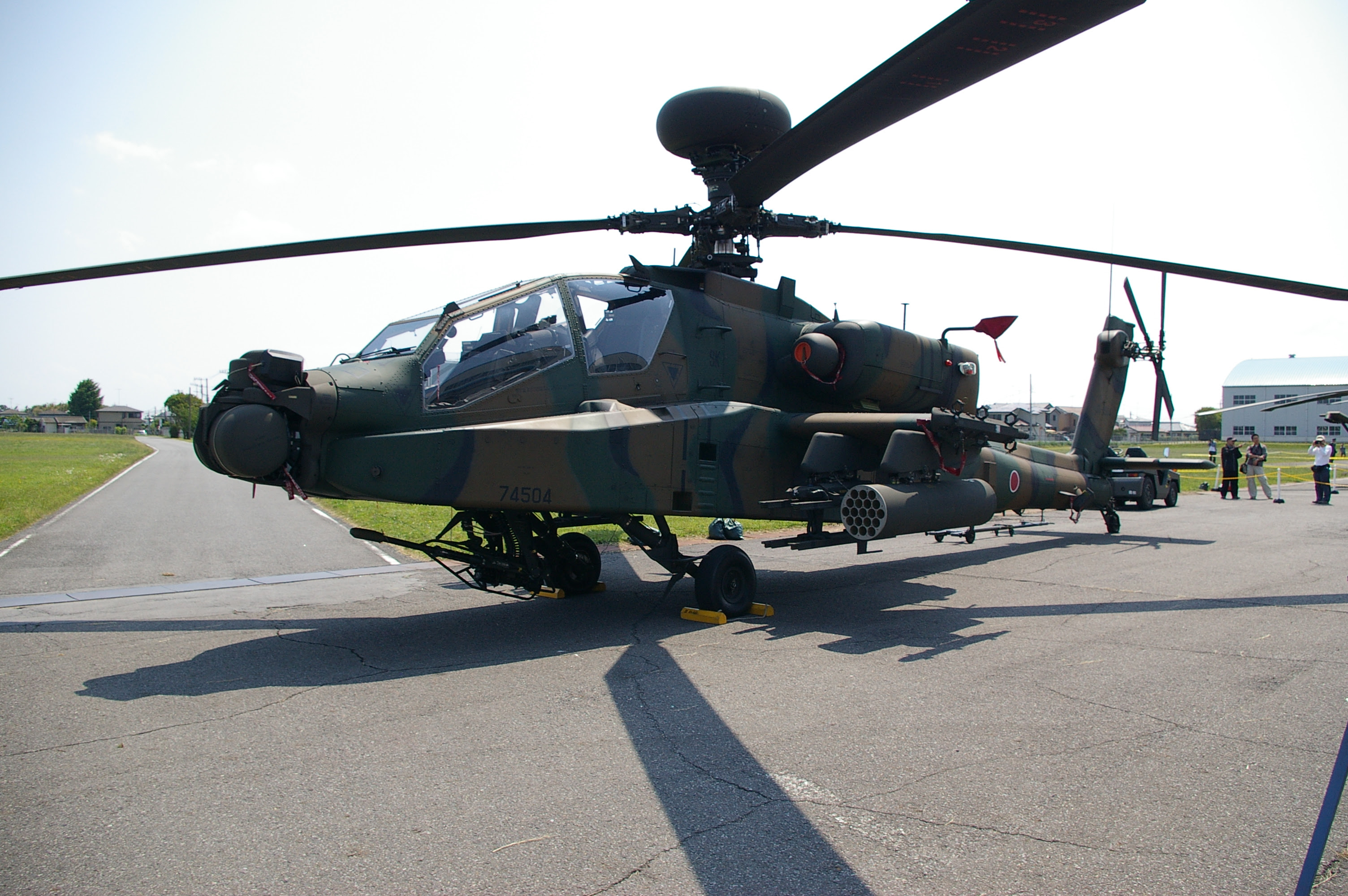 "Thanks to the American government, they allow us to have the Apaches. Indonesia is thinking to build the Apache squadron in the future," Purnomo told a joint press conference held in his ministry on the sidelines of his bilateral meeting with Chuck Hagel. He added that for initial phase, Indonesia planned to build one squadron of AH 64 Apache helicopters for the Army.

The Indonesian defense minister said that the planned procurement on Apache attack helicopters was part of the country's plan to modernize its arm forces.

During his bilateral meeting with Hagel, Purnono discussed development of global issues, bilateral defense relations and preparing materials for the upcoming high profile ASEAN Defense Ministers Meeting (ADMM) and ADMM Plus 8 slated for Wednesday in Brunei.

"We also discussed plans to set up Defense Institution for Reform Initiative where Indonesia and U.S. would share together, with U.S. would bring us the reform initiatives in defense sector, " Purnomo said.

The minister also said that Indonesia and U.S. will co-host Counter Terrorism Exercise (CTX) scheduled from Sept. 5 to 13 in Indonesia peacekeeping forces training center located in Sentul, West Java. The event would be participated by 18 countries.

Before his meeting with Purnomo, Chuck Hagel who arrived in Indonesian capital on Monday, made a courtesy visit to Indonesian President Susilo Bambang Yudhoyono in presidential palace.
at Friday, August 30, 2013 No comments:

Russia will deliver another batch of 12 Sukhoi Su-30MK2 fighter aircraft to Vietnam under a recent contract worth about $450 million, a defense industry source said. The contract was reportedly signed last week, and the Su-30s are expected to be delivered to Vietnam in 2014-2015.

“A similar modification, priced at $35-37 million per plane, had been earlier sold to China,” the source said.

Russia has delivered a total of 20 Su-30 fighter jets under two previous contracts signed in 2009 and 2010.

Su-30MK2 is an advanced two-seat version of the Su-27 Flanker multirole fighter with upgraded electronics and capability to launch anti-ship missiles.

Russia and Vietnam have a long history of cooperation. After the Vietnam War ended in 1975, the Soviet Union supplied its Communist ally with vital aid and arms.

Vietnam officially remains one of the world’s last communist countries, but it has embraced a market economy along with Asian and Western investment over the past two decades.

In recent years Russian influence in Vietnam has begun to grow again but remains far below that of Soviet times.
at Thursday, August 22, 2013 No comments: 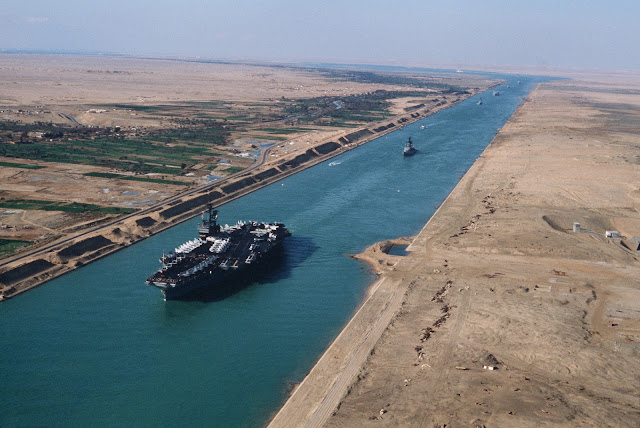 The U.S. military is heavily dependent on Egypt to move personnel and equipment to Afghanistan and around volatile parts of the Middle East, complicating U.S. efforts to place pressure on the Egyptian military in the wake of its violent crackdown on protesters.
"Egypt has been a cornerstone for the U.S. military presence in the Middle East," said James Phillips, an analyst at the Heritage Foundation.

During the past year, more than 2,000 U.S. military aircraft flew through Egyptian airspace, supporting missions in Afghanistan and throughout the Middle East, according to U.S. Central Command, which is responsible for the region.
About 35 to 45 U.S. 5th Fleet naval ships pass through the Suez Canal annually, including carrier strike groups, according to the Bahrain-based fleet. Egypt has allowed U.S. warships to be expedited, which often means getting to the head of a very long line of ships waiting for access to the canal.
"The Egyptian military has always been good to us," said Kenneth Pollack, an analyst at the Brookings Institution.


Egyptian cooperation is particularly critical at a time when the Pentagon is facing budget pressures and tensions with Iran remain high.
In response to the Egyptian military's bloody crackdown on protesters, President Obama announced this week the United States would cancel Bright Star, a training exercise with Egypt that had been scheduled for next month. Washington has also suspended the delivery of a shipment of F-16 fighter aircraft.
Obama stopped short of cutting off the $1.3 billion in annual military aid it supplies to Egypt, though some in Congress, including Sen. John McCain, R-Ariz., have called for cutting the aid.
In canceling the exercise the president said he was balancing the need to advance U.S. interests with "the principles that we believe in."

If Egypt cut off its airspace and canal access, the U.S. military would face heavier costs and much longer transit times as it positions troops and equipment in the Middle East.
For example, without access to the canal, which connects the Mediterranean Sea to the Red Sea, warships would generally have to sail around Africa in order to get to the Persian Gulf.
Analysts say Egypt's ruling military would probably not cut off air and sea access immediately if U.S. aid were cut, but the relationship might deteriorate rapidly, particularly if Egypt's generals feel they don't need the aid.

Persian Gulf states may take up some of the slack if the United States cuts its aid. Relieved that Egypt's military removed a Muslim Brotherhood government, Gulf nations, including Saudi Arabia, have already pledged billions of dollars to Egypt.
Historically, Egypt's leaders have been sensitive to the appearance that outside powers are pushing them around. Egypt closed the 120-mile long Suez Canal after the Six Day Arab-Israeli war in 1967.
at Wednesday, August 21, 2013 No comments:

Email ThisBlogThis!Share to TwitterShare to FacebookShare to Pinterest
Labels: US Navy, US weapons

The late general's daughter Kim Eul-dong, an incumbent lawmaker of the ruling Saenuri Party, and actor Song Il-kook, his grandson, also attended the ceremony.
The ship can hit 300 targets simultaneously, and is equipped with ship-to-land missiles and torpedoes as well as an advanced sonar system for anti-submarine warfare, surveillance and reconnaissance missions.

The diesel-powered submarine is operated by Air Independent Propulsion (AIP), which extends the ship's submerged endurance compared to conventional submarines. The AIP system enables the crew to carry out underwater missions for several weeks without the need to access atmospheric oxygen.
The Navy will take delivery of the attack submarine in late 2014 and deploy it in 2015 for naval operations, officials said.
South Korea currently operates over 10 submarines, including 1,200-ton Type 209 subs and 1,800-ton Type 214 subs.
The Navy plans to acquire nine 3,000-ton level heavy-attack submarines after 2020 with significant improvements in their radar and armament systems compared to their predecessors.
North Korea is known to have about 70 submarines, one of which is suspected of having torpedoed a South Korean corvette in the tensely guarded western sea in March 2010. A total of 46 sailors were killed in the incident.
at Tuesday, August 20, 2013 No comments:

Russia will develop an hybrid vehicle that combines features of armoured and helicopter. 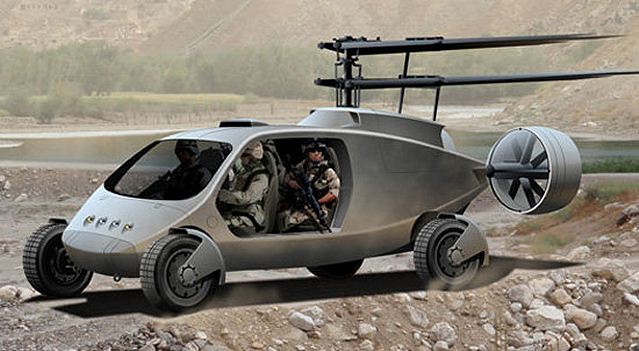 A hybrid combat vehicle that combines features of an airborne infantry fighting vehicle and a helicopter will be developed for the Russian Airborne Forces (VDV) by 2030 to meet the demands of modern warfare, the military branch’s commander said Thursday, August 1, 2013.
at Wednesday, August 07, 2013 No comments: Aircraft carrier INS Vikramaditya (also Gorshkov), the Indian Navy's last remaining vessel to be delivered by a foreign shipyard, came out with flying colours when it was operated on full throttle during exhaustive sea trials in Barents Sea in Russia on Saturday.

The trial feedback helped in overcoming anxiety in New Delhi about the performance of the ship which had faltered during high speed runs last year when its boilers faulted resulting in engines failing to produce adequate power to propel the 45,000-ton vessel.

It was a major setback as the delivery of the ship, India's second aircraft carrier, was pushed by a year. After extensive repairs, the ship was back in the sea earlier this month for final delivery trials.

Navy personnel are onboard the vessel, keeping a hawk eye on the performance of the carrier which is going to be the flagship of its fleet in the coming decades.

Sources said the carrier touched top speed of around 32 knots in wind and tide condition and the trials will continue to test capability of the retrofitted ship that will cost India around $ 2.3 billion.

The high speed trials will continue for some more days to ensure that performance is stable. It will be followed by trial landings by the Mig-29K fighters. The deck landings and take-offs were performed by the Russian pilots last year as well.

The navy hopes that its floating airbase would be ready for commissioning by the end of this year and its formal induction will take place in the early months of 2014.

INS Vikramaditya is now the only naval warship in a foreign shipyard. All the remaining 41 warships are being constructed in domestic shipyards in a major boost to the local shipbuilding industry.

Read more at: http://indiatoday.intoday.in/story/ins-vikramaditya-aircraft-carrier-gorshkov-indian-navy-barents-sea-russia/1/296833.html
at Tuesday, August 06, 2013 No comments:

In a move to provide a vital fillip to the relationship between the two historic neighbours – India and Myanmar – the Indian Army yesterday handed over seven Bailey bridges to the Myanmar Army at Leimakhong army headquarter, about 20 km north of Imphal.
The General Officer Commanding Spears Corps Lt Gen AK Sahni, handed over the sevenBailey bridges to Commander Major General Soe Lwin of North West Command at Leimakhong.


“We are taking up this as a Prime Minister’s initiative for the development of border infrastructure”, said Lt Gen Sahni. “This will help in meeting the aspiration of the people and also to ensure security along the Indo-Myanmar border”, he also said adding, “This gesture by India will go a long way in providing a vital fillip to the relationship between the two historic neighbours.

The step has been taken as part of the 3rd Indo-Myanmar Regional Border Committee Meet between India and Myanmar held under the aegis of Spears Corps of Indian Army at Leimakhong from July 23-25. The meeting was attended by high ranking officials from both the countries.
The Border Committee Meet is a landmark event which provides an opportunity for representatives of security forces and government officials of both nations to discuss and resolve crucial issues relating to border management, bi-lateral cooperation and counter-terrorism strategy.