Advising all Indian readers to buy Gold and Silver coins and stock up on min 2 weeks of rations at home. The world is going to get crazy as days go by.

From Venezuela in the west to Hong Kong in the East there are signs that governments all over the world have mismanaged economies and promised pensions and freebies which were never funded from day one.

To distract the public from its financial problems governments start taking draconian measures and even start and justify fake wars to escape public ire.

Come back tomorrow for more updates

More details of casualties NOT reported by DG ISPR Gafoora 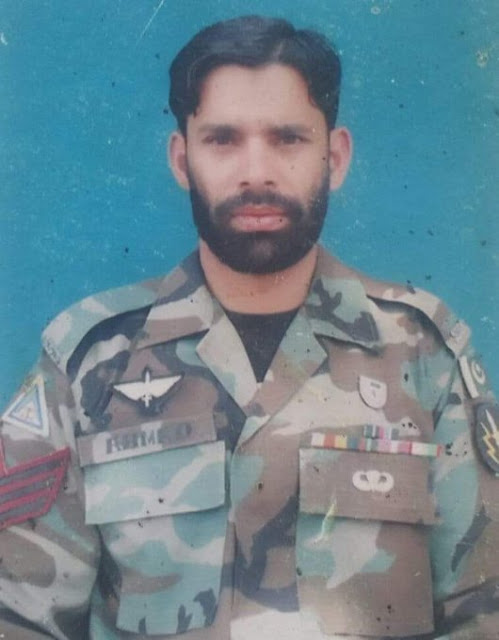 File video. How the LOC lights up at night. 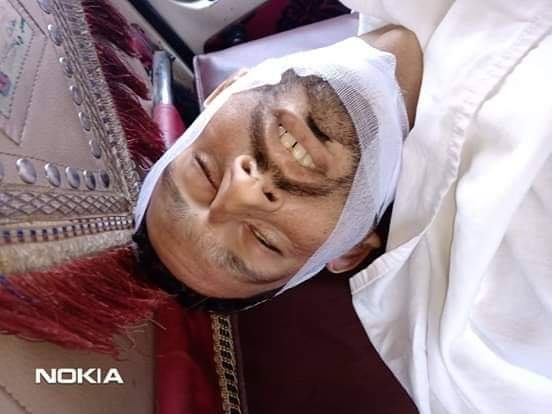 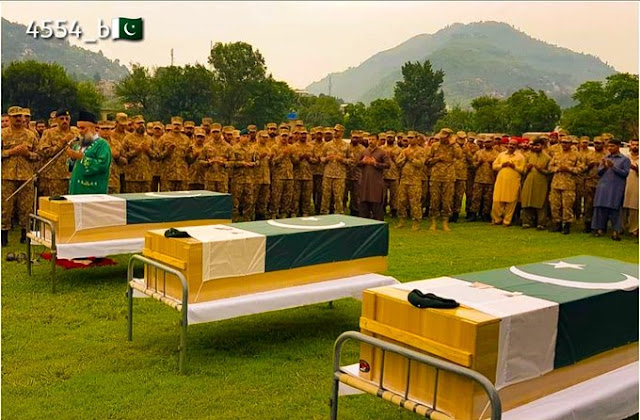 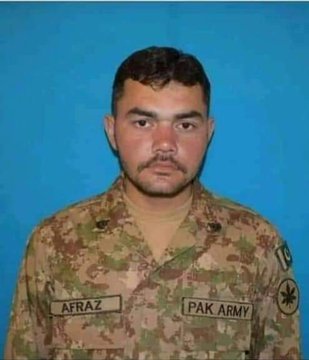 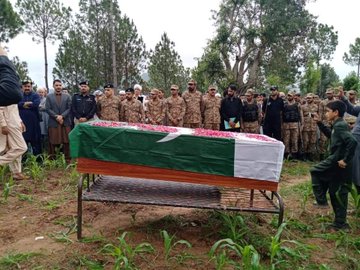 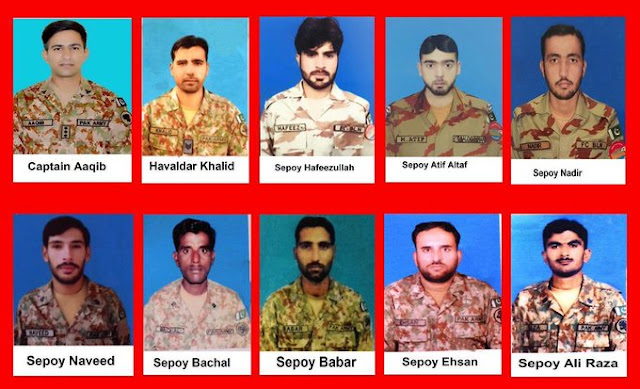 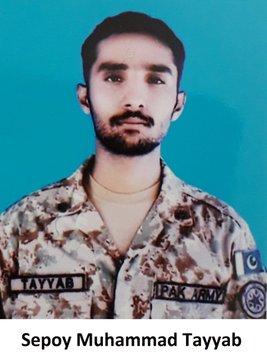 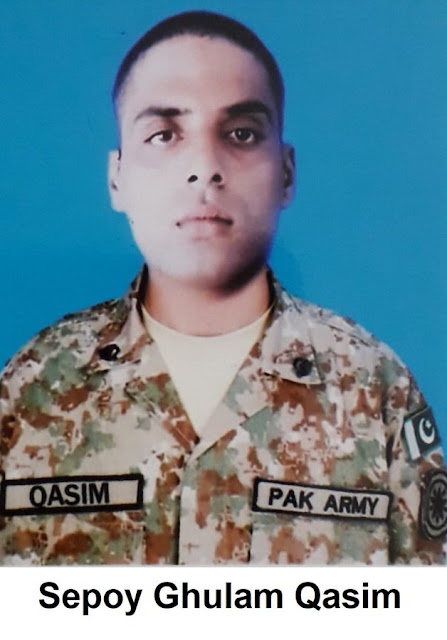 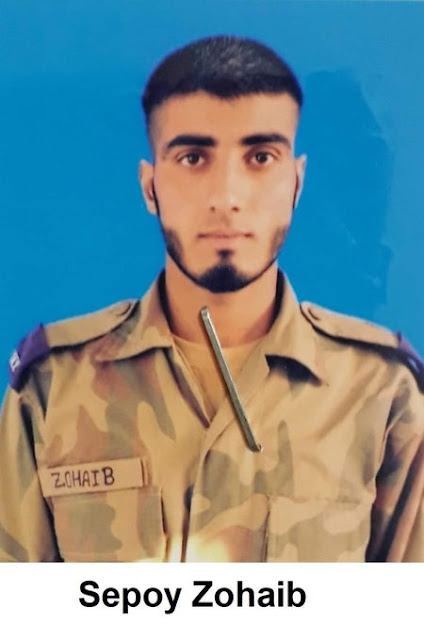 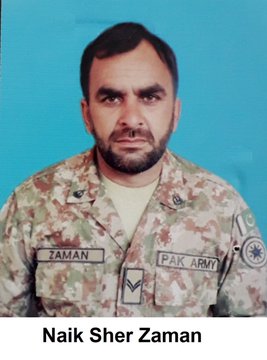 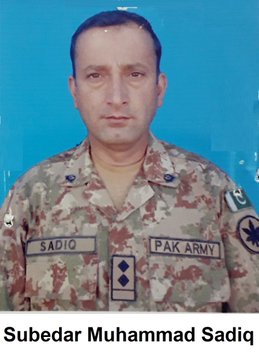 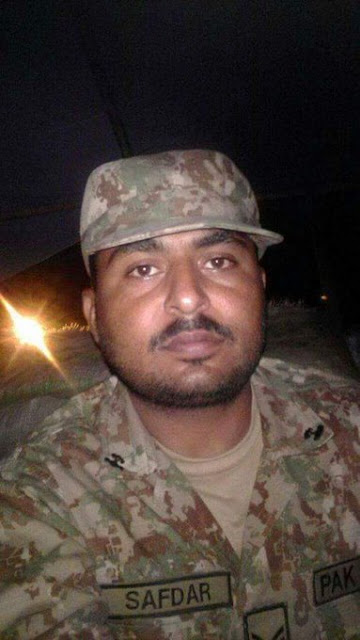 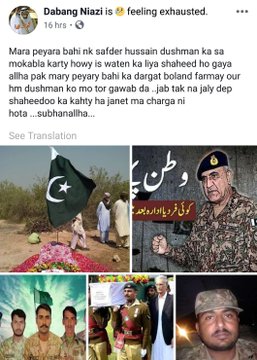 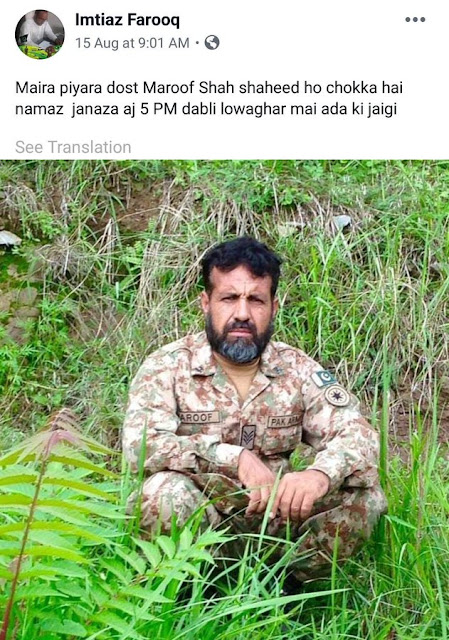 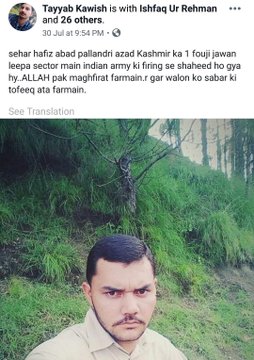 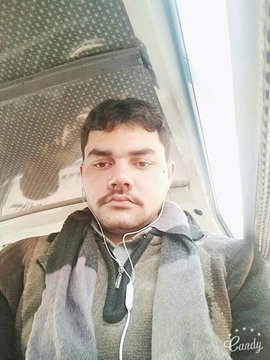 
Paki source - What is going on in Pak Occupied Kashmir


What Paki weapons are being used in this gun fight?
Start at 12.55 mins 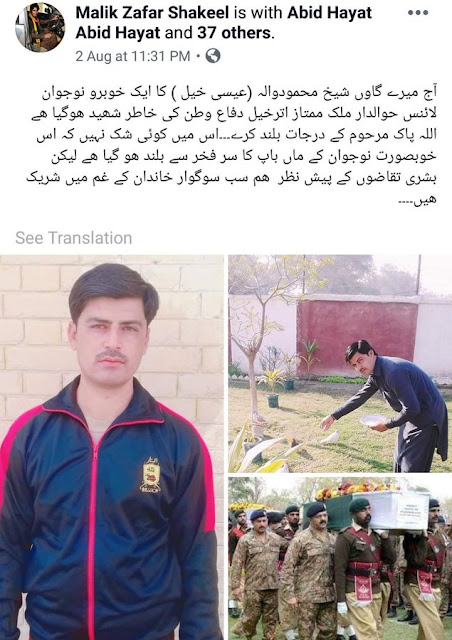 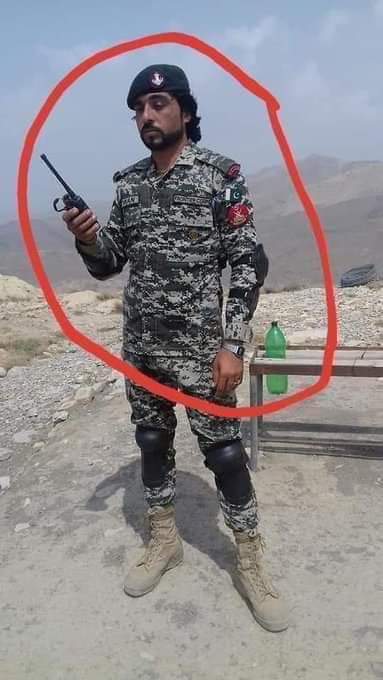 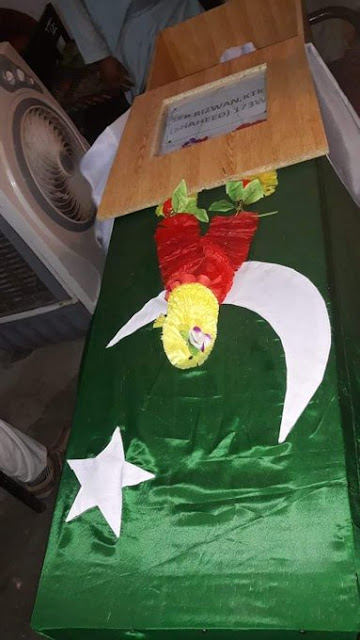 Important : This #Video is from #Pakistan occupied #Kashmir! Some terror handle of ISI claiming it as #PakistanArmy firing missiles. But speed of missile should be faster. That's its purpose! These were our flares💡 used to light up the skies to spot terrorists infiltration #LOC pic.twitter.com/Ykm52z03AQ
— 👁️ INTEL ⚔️ Defence 🌏 OSINT ☢️ Conflict 💬 News (@Ind4Ever) August 18, 2019

5th August 19
Capt. Dr. Sohaib Ashraf killed in car accident. Capt. Sohaib’s car fell into the river taking his life among others, while he was on duty.

Seems Subedar Ahmad Khan SSG and SSG Commando Rana Haroon were killed in the same place where the elite soldiers were deployed. 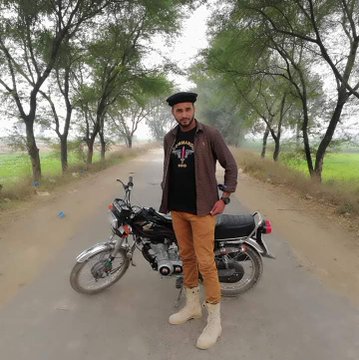 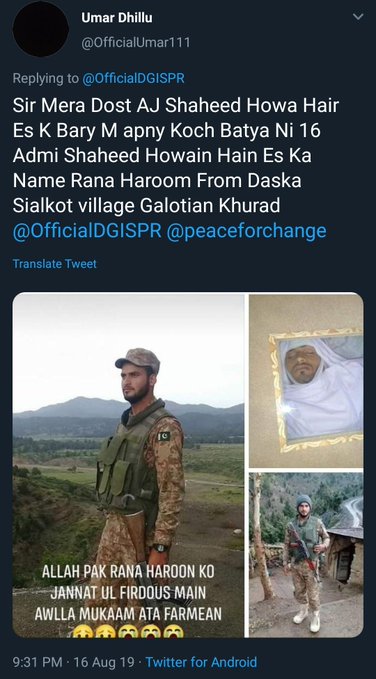 Photos of Janaza below. 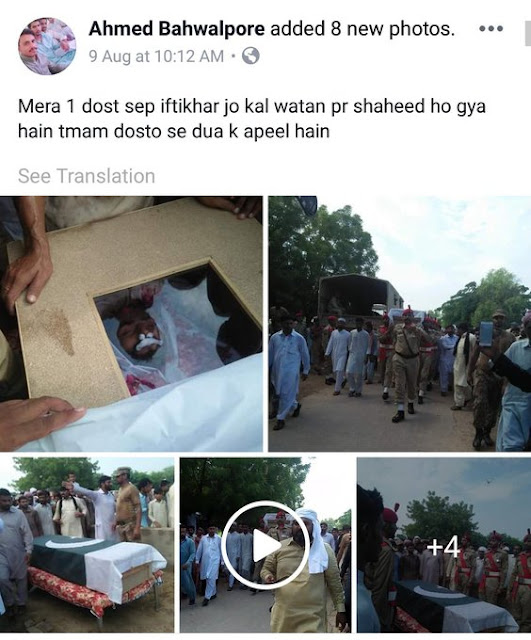 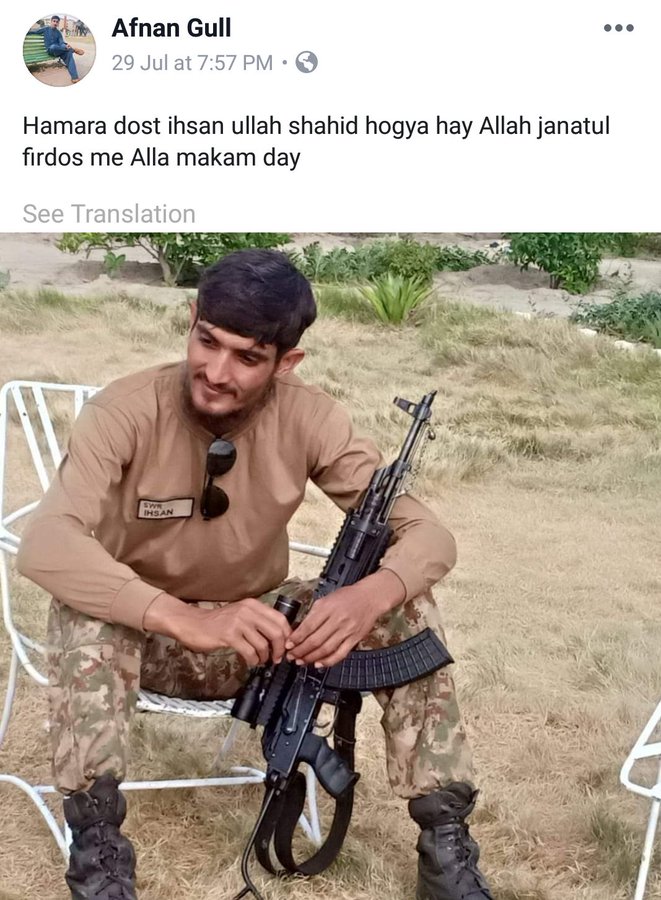 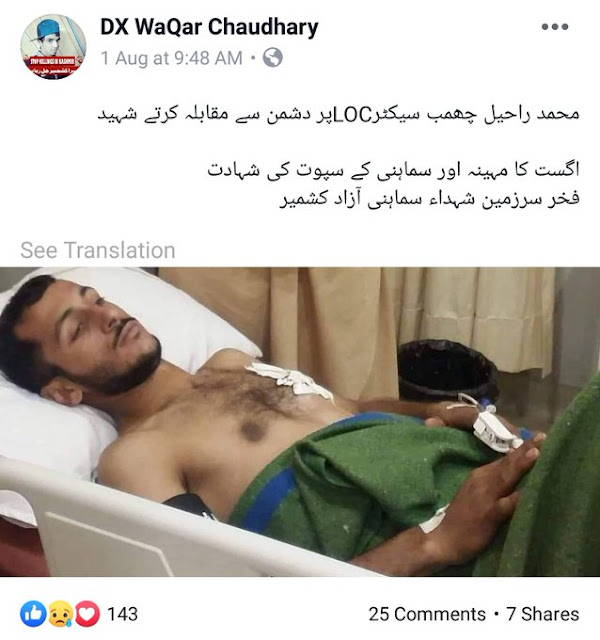 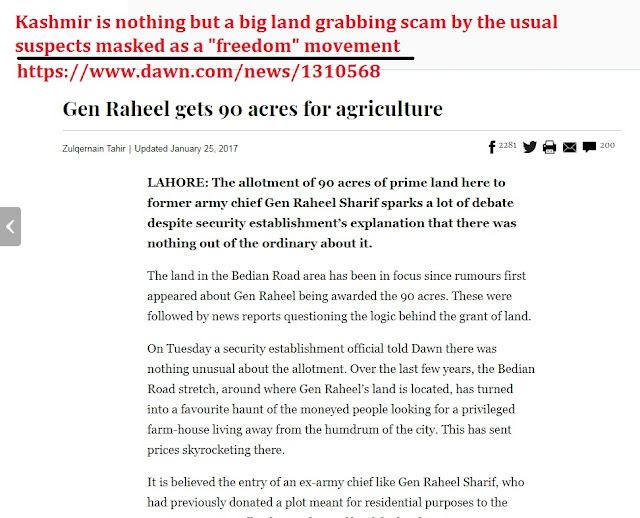 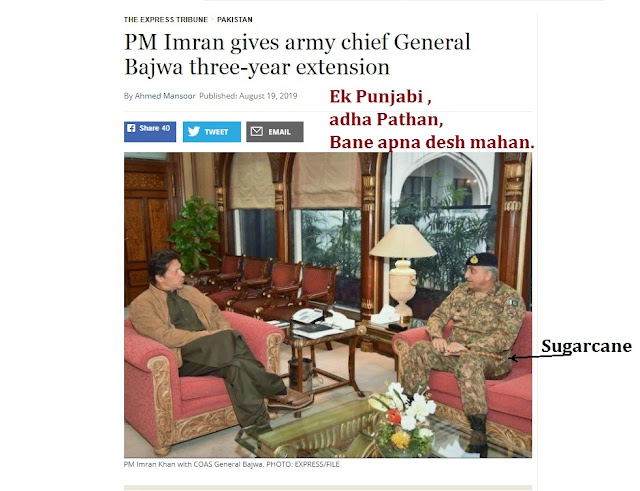 Self defense is killing the murderer/s before he kills you.


How future battles need to be fought in the subcontinent, with AI and just a little human intervention.