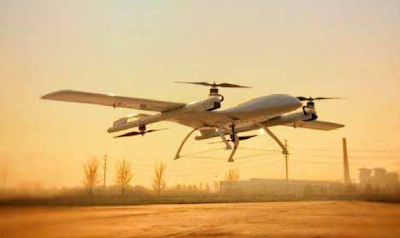 Salim noted in a statement received here, Friday, that several Indonesians possess immense abilities, thus motivating themselves to advance the work of the nation`s children, especially in the development and production of environment-friendly drones.

"So far, we have been importing more drones from China and Europe, but we can produce them ourselves, which has motivated me to establish a drone factory," he noted.

"Some 80 percent of the raw material used in making the drones is produced domestically," he remarked.

He added that the Famindo Group is a company that had forged cooperation with the Army, Police force, National Search and Rescue Agency, and Intelligence Headquarters.

Furthermore, drones by the company are produced in an environment-friendly plant and supported by accredited technologies and standards, both nationally and internationally.

"Each product manufactured passes through three dynamic stages -- design, assembling, and testing -- all of which prioritize detailing and perfection of each circuit on the UAV system or unmanned aircraft," he explained.

Additionally, the company has established a drone school to meet the needs of potential drone pilots in Indonesia, both for the country`s security sector and for civilian needs.

It has provided basic classes, covering material on how to control drones along with the safety aspects. A captain class covers all safety material on the use of drones, manual drone control, and introduction of ground control system to control drones, while an instructor class is held to meet the training needs for drone pilots keen on becoming trainers.