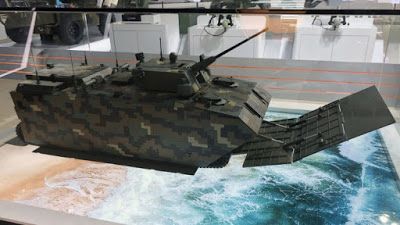 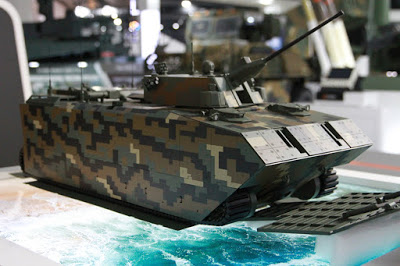 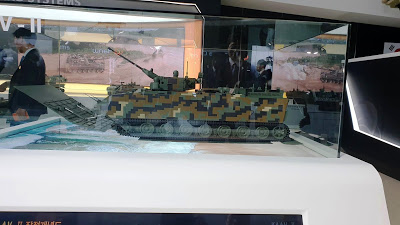 The new platform is intended to replace around 200 of the first version of the KAAV currently in operation with the RoK Marine Corps, he said. The KAAV is based on the AAV7A1 amphibious assault vehicle.

Koo said initial development of the KAAV II, which is supported by South Korea's Agency for Defense Development (ADD), is scheduled to be completed by 2022. At that stage Hanwha Defense will hand over to the ADD two prototypes for trials - one for land trials and one for sea trials.

Koo added that second-stage development of the KAAV II will take place between 2023 and 2028, leading to the start of mass production in 2029. Hanwha Defense plans to build the platform at its production facilities in Changwon.

Koo added that the majority of the vehicle will be built by local industry, although the engine and transmission will be imported, at least initially. The engine will be sourced from Germany's MTU, while Canadian company Kinetics Drive Solutions - a subsidiary of Singapore Technologies Engineering - will provide the transmission.