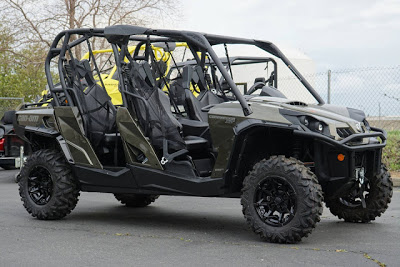 The Department of National Defense (DND) has awarded the joint venture of Scan Marine Inc. and Aces Marine & Links Industrial Corporation contract for Procurement of 15 Units All-Terrain Vehicle Project of the Philippine Army under the current Armed Forces of the Philippines (AFP) Modernization Program.

The contract has an amount of PHP31,720,200.00. The Notice of Award was signed September 25 by National Defense Secretary Delfin Lorenzana.

Among the technical specification of the ATV is having the minimum seating capacity of 4 persons.
at Saturday, October 05, 2019