Strange but true - both countries are going thru political turmoil and yet they have time to buy and sell tanks. 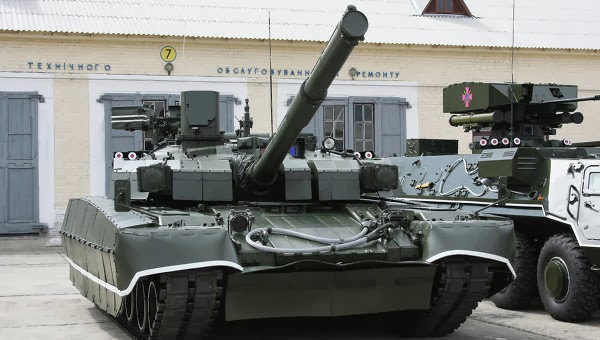 Ukraine has delivered the first five main battle tanks to Thailand of a 2011 order worth over $200 million, a state-run arms exporter said.The shipment is part of an order of 49 Oplot-M tanks to be put in service with the Royal Thai Armed Forces in the near future.The Ukrainian tanks arrived at the port of Sattahip on Tuesday and will undergo additional acceptance trials, Ukrspetsexport said in a statement.
The Oplot is armed with a 125-mm smoothbore gun, a 7.62-mm coaxial machine gun and a 12.7-mm anti-aircraft machine gun.

The main gun can fire a laser-guided missile against battle tanks, armored vehicles and hovering helicopters within a range of five kilometers (3.1 miles).The tank’s protection system integrates both passive armor and explosive reactive armor.Ukraine has recently become an active competitor on global arms markets thanks to a reputation for reliable weaponry, relatively low prices and extended post-sale and repair warranties.
According to data published by the Stockholm International Peace Research Institute, Ukraine exported major conventional arms worth $1.3 billion in 2012, making it the fourth largest arms exporter in the world that year.