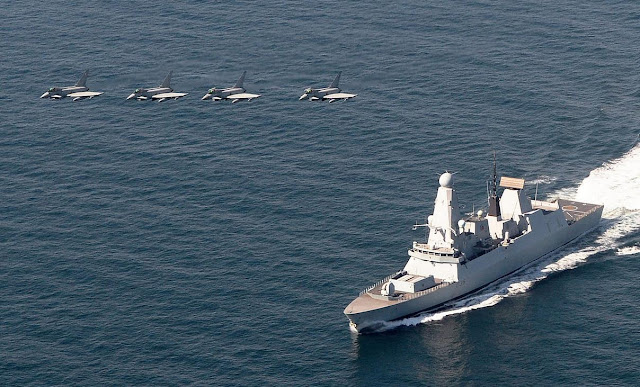 During its flag officer sea training (FOST), the vessel underwent several training scenarios, including attacks from fighter jets, submarines, surface enemies, pirates, and a host of small boat threats.
HMS Defender commanding officer commander Stephen Higham said: "It's a real privilege to lead a team of such dedicated men and women, the training received at FOST helped them to realise their potential and more importantly, instilled confidence in the ship and the resilience of her systems."
The training sessions also saw the vessel perform non-combatant evacuation mission and boarding operations, survive a chemical attack, and face severe internal damage simulations.
The ship will now return to its base in Portsmouth for a short maintenance period before deploying on operations.Commissioned on 21 March 2013, HMS Defender is the fifth in class of the navy's type 45 destroyers.