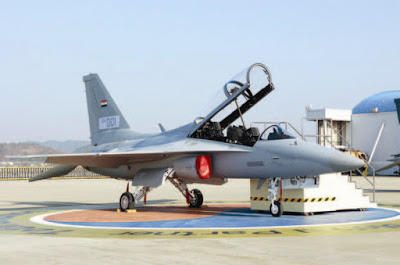 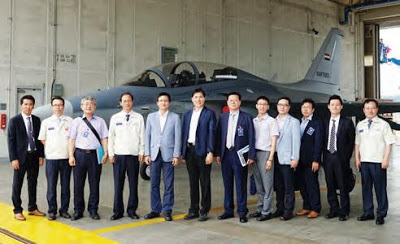 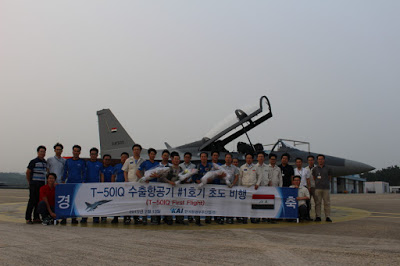 The photos below show the first Iraqi Air Force T-50IQ with serial number "5001" after leaving the factory and after its first test flight on July 13th, 2015. In December 12th, 2013, 24 T-50 training aircrafts were ordered to K.A.I. (Korea Aerospace Industries). The first aircraft should be delivered in April 2016. The others plane having to be transferred within a 12-month period. Beginning July 2015, reports announced finally the arrival of the first aircrafts before the end of the year. In September, as reported here, Iraqi pilots started to train in Pakistan Air Force Academy (PAFA) at Risalpur on K-8 Karokorum aircrafts before join Korea to train on T-50.