Philippines Says US Attack Helicopters Too Expensive, Seeks Other Supplier 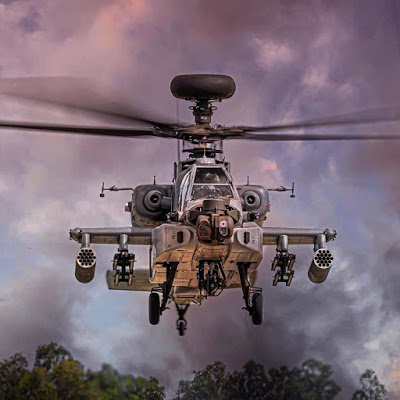 The Philippines is looking for alternative suppliers of attack helicopters as two models from the United States being proposed for acquisition are too expensive, Defense Secretary Delfin Lorenzana said Wednesday.
The US State Department late last month approved the potential deal for 6 Bell Helicopter units worth $450 million (about P22.6 billion), or Apache attack helicopters made by Boeing and Lockheed Martin for an estimated cost of $1.5 billion (P75 billion).
The Philippines has a budget of P13 billion and can only buy 1 or 2 of the choppers if it proceeds with this deal, said Lorenzana.
"Hindi natin kaya iyon... Kaya tumitingin tayo sa ibang bansa ng attack helicopter na mabibili natin na medyo madami-dami sa halagang mabibili natin sa ibinigay ng gobyerno," he told reporters.
(We can't afford that. This is why we're looking at other countries for attack helicopters which will allow us to buy more units with the budget that the government gave us.)
This has "no connection" with Manila's withdrawal from its Visiting Forces Agreement with Washington in February, he said.
The Philippines will stop buying attack choppers if communist rebels halt their 50-year-old struggle, Lorenzana said.
at Thursday, May 14, 2020