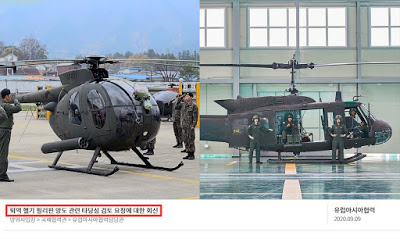 He added the DND plans to conduct a Joint Venture Inspection in the fourth quarter of this year.The Philippine Air Force (PAF) is known to operate a number of UH-1H and MD-500 helicopters in its fleet.South Korea is known to have retired these helicopters from military service early this year.The PAF uses the UH-1H primarily for cargo and personnel transport and disaster relief missions while variants or models of the MD-500 in its inventory are utilized for ground attack or close-air support sorties.

"The JVI will be conducted following strict bio-safety protocols amid the ongoing Covid-19 pandemic, by a team composed of representatives from the DND and the Armed Forces of the Philippines," DND spokesperson Arsenio Andolong said in a message.He added that the acquisition project for the South Korean UH-1H and MD500 helicopters is still in the exploratory stage, with the details yet to be finalized including the timeline and number of rotary-winged aircraft to be acquired.