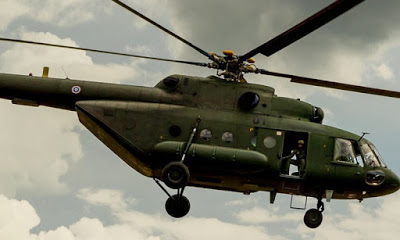 The Department of National Defense (DND) has reportedly released the Notice of Award (NOA) for Philippine Air Force (PAF)’s Heavy Lift Helicopter Acquisition Project.According to MaxDefense Philippines, NOA was released “in favor of the Russian government in a deal worth Php12.797 billion, that will involve the supply of the Mil Mi-171 Hip helicopter.”

MaxDefense added that “a contract is expected to be signed soon.”In line with the reported award, the Department of Budget and Management (DBM) has approved and released a Special Allotment Release Order (SARO) worth PHP1,919,626,490.00.“To cover the funding requirements for the fifteen percent (15%) Advance Payment of the Heavy Lift Helicopter Acquisition Project for the Philippine Air Force under the Revised Armed Forces of the Philippines Modernization Program,” DBM said regarding the purpose of the SARO.

In March this year, the Philippine Embassy in Russia reported that DND and Armed Forces of the Philippines (AFP) officials inspected aircraft plant and training center in Moscow, Russia in connection with the planned acquisition of Mi-171 heavy lift helicopters for PAF.