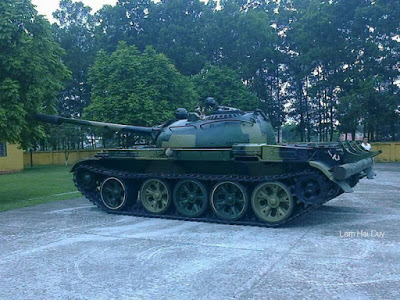 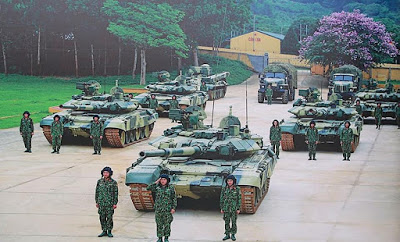 The Russian Defense Ministry has officially confirmed that it will hold a tank exercise with the Vietnamese Army this year.

The Russian Defense Ministry has officially confirmed that it will hold 6 international drills with foreign countries in this year 2021, including a tank exercise with Vietnam.Specifically, the Russian bilateral drills will include the countries of Algeria, India, Pakistan, Laos, Vietnam and Sri Lanka.At the moment it is not clear where the joint tank exercise between Russia and Vietnam will take place and what kind of weapons will take part in this exercise.However, it can be affirmed that having the opportunity to participate in exercises with the country with the most powerful armored force in the world will help Vietnam learn a lot of valuable experiences.According to information published by the International Peace Research Institute, Vietnam currently has a total of four main battlefields, in which the most modern is the T-90S/SK tank array.In the service of the Vietnam People's Army currently there are 64 tanks of this type. This is the most modern tank in the world today and even in the Russian army, the T-90 tank does not appear too much and is not the backbone of this force.

In addition, we also have a relatively small number of T-62 main tanks.These are also the main tanks supported by the Soviet Union to Vietnam in the past, up to now the number of T-62 tanks on the service of Vietnam is still operating very effectively.The most numerous main battle tanks in the Armed Forces personnel's service were the T-54/55 tanks and the Chinese-made version of the tank, the Type-59.Basically, the T-54/55 and Type 59 tanks are not too different, we currently have thousands of main battle tanks of this type.Among them, a large amount has been upgraded to T-54M standard under the main tank upgrade program implemented by Vietnam for many years.After upgrading, the T-54M tanks will be capable of surviving on today's battlefield with all kinds of modern, powerful anti-tank weapons.In addition, the upgraded versions of the T-54/55 and Type 59 tanks will also provide these old tanks with excellent ground support combat capabilities on the battlefield.