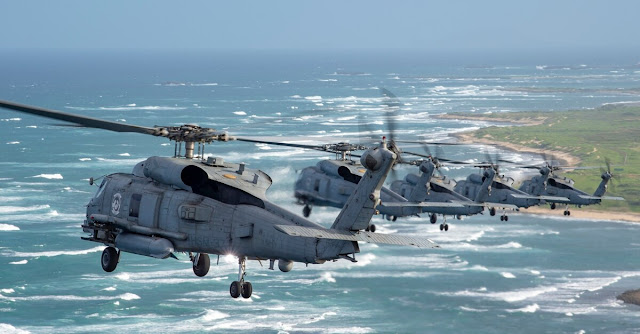 The contract, valued at about $878 million, is expected to be signed by the end of this year, according to the Defense Acquisition Program Administration. The decision is a dramatic win for American firm Lockheed Martin, as the MH-60R had been considered a long shot due to its cost. (Sikorsky is a subsidiary of Lockheed.)

For the second batch of the maritime operational helicopter, or MOH, contract, DAPA intended to sign a direct commercial deal last year with a foreign helicopter maker, with three bidders — Lockheed Martin, Italy’s Leonardo and France’s NHIndustries — showing interest.Leonardo, which had sold eight AW159 Wildcat helicopters to the South Korean Navy under the MOH Batch I program, was seen a sure winner in that competition, as the two other contenders failed to submit their proposals by deadline.

In addition to the helicopters, the deal also is known to include weapons, sonobouys, radars and communication equipment, as well as training and support.A total of 12 Seahawks will be delivered to the South Korean Navy by 2025 in stages. The multimission naval helicopters are expected to be deployed aboard the service’s future surface combatants, namely the KDX-III Batch 2 Aegis destroyers, as well as the FFX Batch III frigates.The 19.76-meter-long and 5.1-meter-high chopper with a maximum cruising speed of 267 kph can handle multiple missions, including operations of warfare, search and rescue, and medical evacuation.

The U.S. Navy is the main operator of the “Romeo” maritime helicopter, with 289 units in its fleet. South Korea has been added to the list of Romeo operating countries that includes Saudi Arabia, Denmark, Australia, India and Greece.