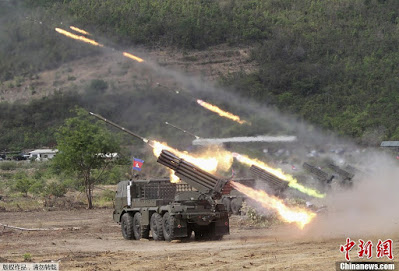 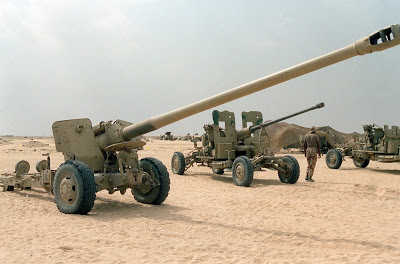 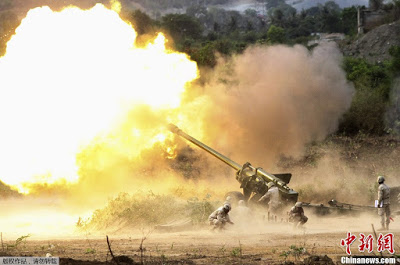 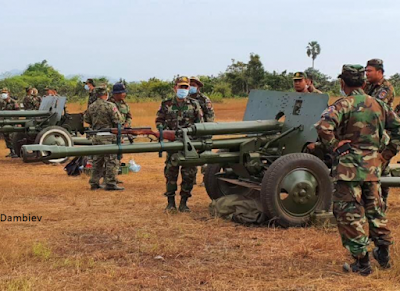 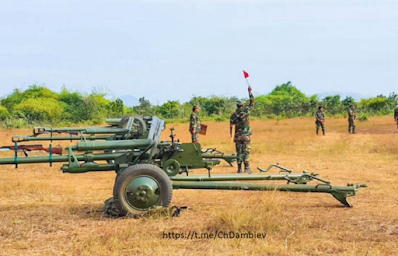 Although born in the Second World War, however, the ZiS-3 anti-tank gun is still used by the Cambodian Army in service.

In a recent exercise, the Cambodian Army put 76mm anti-tank artillery and other powerful artillery firepower into practice to fire real bullets.It is worth mentioning that this 76mm ZiS-3 anti-tank gun has been produced by the Soviet Union since World War II. However, in the service of the Cambodian army , these cannons are in good condition, their appearance is very new.According to a report by the International Peace Organization, Cambodian Artillery currently owns about 200 of these ZiS-3 towing cannons. Although no longer able to withstand today's main tanks, but the ZiS-3 is still completely capable of defeating many types of modern armor of the 21st century.

Entered service in the Soviet Red Army in 1942, this ZiS-3 anti-tank cannon was then the main anti-tank weapon of the Soviet infantry during World War II.In total between the time from its inception to the end of production after the end of World War II, the Soviet Union produced 103,000 of these guns and many of them were later shipped by the Soviet Union delivered to many countries around the world.Up to the present time, the power of this 76mm cannon is still enough to serve as support for infantry on the battlefield or attack light armored enemy targets

In addition, during the exercise that just took place, the Cambodian Army also brought the largest caliber cannons that the country owned to fire.These were all 130mm caliber guns of the Soviet Union M-46 type or the Chinese Type 59-1 produced. Both types of artillery are basically the same because the Type 59-1, which is also a Chinese imitation from the M-46.Cambodia currently has 150 130mm Type 59-1 cannon and 200 M-46 type 130mm cannon. It is worth mentioning that the number of Cambodian M-46 guns was transferred by the Soviet Union since 1989.

This 130mm caliber cannon was produced by the Soviet Union in the 50s of the last century and has been used around the world. It could even be considered the most popular 130mm cannon in history.In particular, the most modern type of rocket launchers in Southeast Asia in the hands of the Cambodian army was also revealed during the training session of this force. This is a series of RM-70 rocket launchers manufactured by the Czech Republic, bought by Cambodia in 2012.Basically, the RM-70 series rocket can be considered as an improved BM-21 version with more tight armor and better jet ammunition. In addition, improvements in the design of the RM-70 also allow it to be loaded much faster than normal.