Thai Marines Bring Howitzers to Participate in the 2021 Navy Training 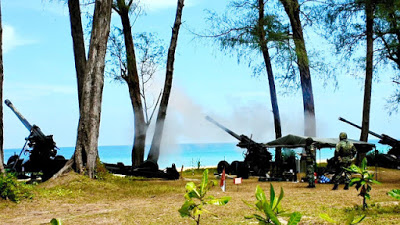 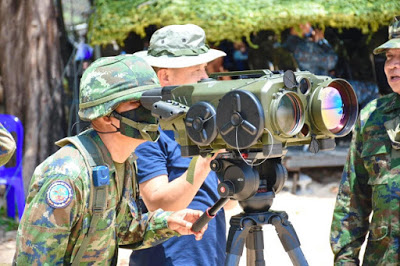 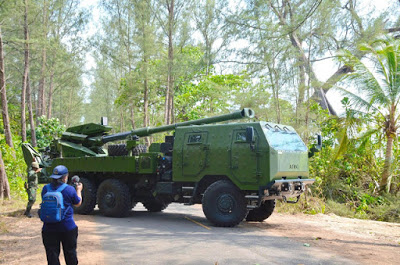 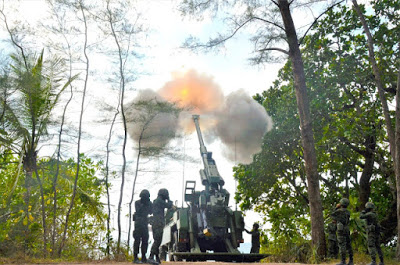 Marine Corps Command of the Royal Thai Navy has received wheeled artillery ATMG (Autonomous Truck Mounted Gun) 6x6, size 155mm/52caliber, 6 systems or one artillery company in July 2020.By being deployed to the 4th Artillery Battalion, Artillery Regiment of  Marine Corps according to the supply contract signed in the year 2018, the amount of approximately 865 million baht ($ 26 million), which the Thai Marines also plan to supply an additional 12 guns to complete 18 or one artillery battalions.

WPC has completed the production and delivery of 18 ATMG systems to the Royal Thai Army in 2019 by being imported stationed in No. 721 Artillery Battalion Corps.The Royal Thai Army is in the process of ordering an ATMG from the WPC, an additional 18 systems for one artillery battalion. Divided into the first phase, one artillery company, 6 systems, the amount of approximately 886 million baht ($ 28.5 million), making the number of ATMGs that will be produced in Thailand will be up to 54 systems.

The introduction of the ATMG, the first self-propelled artillery of the Thai Marines from the original stationed but towed artillery participate in the Annual Naval Training 2021 in the Andaman Sea during 24-25 March 2021, likely to be one of the first field shooting exercises for this artillery system.Meanwhile, the Royal Thai Naval Air Command and the Royal Thai Navy, while retaining the 155mm GHN-45A1 towed artillery and the 37mm Type 74 towed anti-aircraft gun, will be transformed into several new self-propelled systems in the future.