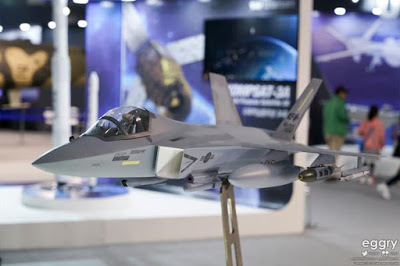 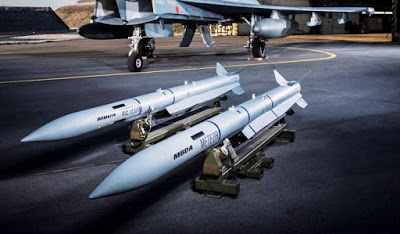 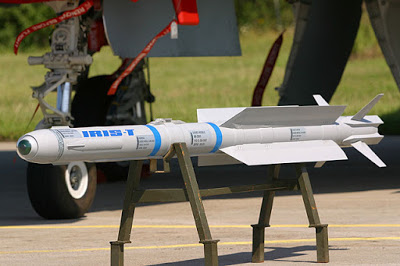 The Defence Acquisition Program Administration, or DAPA, made public March 5 a list of 18 weapons procurement programs eligible for this year’s offset deals. Those include the integration of MBDA’s Meteor long-range missiles and IRIS-T short-range missiles into the future fighter jet, dubbed KF-X, to be locally developed by 2026.

“A key goal for these offset programs is to help local defense companies acquire foreign weapons technology or participate in arms procurement projects,” DAPA spokesman Kang Hwan-seok said. “If our small and mid-defense companies, in particular, have the opportunity to join key arms procurement programs as suppliers, the competitiveness of domestic defense technology could leap forward.”

Among the offset deals, the DAPA puts a priority on receiving the transfer of air-to-air missile technologies for the twin-engine KF-X fighter, the spokesman noted.

Last year, the DAPA signed a contract with European consortium MBDA to equip the KF-X with the 100-kilometer-range Meteor missile.“It’s not sure if MBDA would offer to transfer some of the Meteor technology,” he said. “We’ll talk with the partner with all options on the table.”

Originally, the DAPA sought to fit the KF-X jet with U.S. missile systems, such as Raytheon-built AIM-120 and AIM-9 Sidewinder missiles. But the U.S. government has yet to approve the missiles’ KF-X integration.

The official said, however, the agency is still open to the possibility of U.S. air-to-air missile integration into the KF-X jet.

“Now we plan to arm the KF-X with European missiles due to U.S. export license problems, he said. “If the U.S. government shows a positive sign of offering its air-to-air missiles for the KF-X, we’ll discuss it.”

U.S. disapproval of the transfer of technology for active electronically scanned radar has bruised South Korea’s KF-X ambitions. As part of an offset deal for 40 F-35As, Lockheed Martin — the main partner for the KF-X — agreed to consult with the U.S. government over the transfer of ASEA and three other aircraft technologies.
However, the DAPA received notice of refusal and inevitably changed its direction to locally develop the AESA radar. The technology transfer roadblock has delayed the KF-X timeline.

Led by Korea Aerospace Industries, KF-X development began in 2016 with the goal of producing six prototypes by 2021. Indonesia’s state-run defense firm PT Dirgantara Indonesia is the only partner for the $8 billion project, responsible for 20 percent of development costs. About 120 KF-X aircraft are to be produced by 2032 to replace the South Korean Air Force’s aging fleet of F-4s and F-5s.

South Korea’s KF-X Block 2 would have an internal weapons bay, and Block 3 is expected to feature stealth technology comparable to the F-35.

Besides the KF-X missile integration, the DAPA also seeks offset deals on other weapons acquisition programs. They include efforts to upgrade the direct infrared countermeasure system for the C-130H fleet; acquire a long-range ballistic missile detection radar; upgrade the CH/HH-47 cockpit and engine; and procure a close-in weapon system for the Ulsan-class Batch III frigate.

The DAPA estimates the value for these offset programs to reach some $690 million.

“If we export 80 percent of the acquisition value again, about $550 million of export value is to be generated,” the DAPA spokesman said.
at Tuesday, March 13, 2018