The Philippines Not Keen to Buy More Frigates, Opts for Smaller Vessels 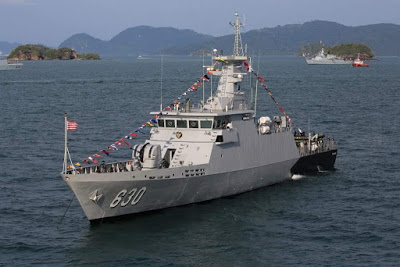 The Philippines is not interested in buying more frigates after the delivery of two 107-meter-long vessels from South Korea. The small archipelagic country will instead acquire smaller vessels, Defense Secretary Delfin Lorenzana.

"I think the two frigates from Hyundai will be the last in the near future. We are not keen on ordering more capital ships or the big ones," Lorenzana told an audience of economists last week, March 21, during a forum hosted by the Foundation for Economic Freedom.

"We are going to have to buy more small vessels, the fast boats," he said.

Lorenzana responded to a question from former National Economic and Development Authority director general Romulo Neri who asked if it's smart to buy expensive ships that, he said, enemies can sink with a single shot.

Neri, who served during the Arroyo administration, said it might be wiser to buy smaller vessels manufactured locally.

Lorenzana agreed with Neri, citing how "one torpedo can sink an P8-billion frigate."

But this position is expected to raise questions from camps that want the Philippine Navy to acquire more ships to patrol the country's Exclusive Economic Zone (EEZ).

Smaller vessels are generally suitable only for coastal patrols and don't have the endurance for long deployments, according to a retired Navy officer.

The country needs a minimum of 6 frigates or long-range patrol vessels, based on pronouncements made during the previous administration, to be able to monitor the country's waters. The Navy ideally should also have about a dozen corvettes or smaller warships, based on discussions in the Navy.The Aquino administration had embarked on modest modernization as it identified China's aggressiveness in the West Philippine Sea (South China Sea) as the biggest security threat.

The Philippine Navy, which until recently had a World War II relic for a warship, acquired 3 weather high- endurance cutters from the US Coast Guard.

It also funded the acquisition of two frigates which are expected to arrive under the administration of President Rodrigo Duterte.

The frigates became controversial after ousted Navy chief Vice Admiral Ronald Mercado and the Department of National Defense had a disagreement over how shipbuilder Heavy Hyundai Industries planned to equip the warships. Mercado was removed for insubordination.

President Rodrigo Duterte has warmed ties with China and his administration is counting on Beijing's promise that it will not occupy or build more features in the West Philippine Sea.

Lorenzana said the government is already talking to local manufacturers of fast boats.

"If we’re buying something, we first should go to local manufacturers," he said.

Lorenzana said he's talking to members of Congress about amending the procurement law, which he said, is biased against local manufacturers.