Latest Changes on the Ship 18 Pohang-class Corvettes of Vietnam 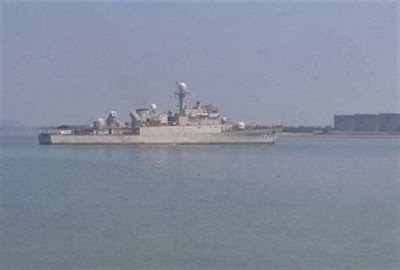 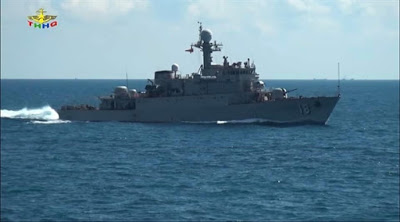 The latest image of the 18-class Pohang submarine hunting corvettes of the Vietnam Navy has shown the difference in weapons and equipment.

As is known, Ship 18 was the first Pohang to be handed over to Vietnam by the Korean side, but unlike Ship 20, its weapon configuration was reduced when there was only one Oto Melara Compact 76.2 mm cannon, 1 Dardo twin caliber 40 mm cannon and a 20 mm Sea Vulcan quick-firing gun dock.After the trials of Ship 20 were fitted with the KT-184 launch tubes of the 3M24 Uran-E anti-ship cruise missile, there was speculation that Ship 18 would soon integrate this weapon.

At the time of November 2019, the image of Ship 18 appeared, after undergoing modernization, the KT-184 launcher can be easily seen installed on board at the same position as for Ship 20.However, according to the assessment, the mounted launchers are only the first step that is the test of the balance for the ship, the future will require the addition of fire control radar and most importantly the integration of Kh-35 Uran-E missiles entered the combat management system.After a period of more than 1 year, in the latest report released by the Naval Television Channel, Ship 18 appeared with a new look, that the rear KT-184 launchers were removed, the ship returned, with the original function of patrol and anti-submarine warfare.

It is not clear why Ship 18 removed the KT-184 launcher, as well as whether the same configuration still applies on Ship 20, but it should be emphasized that integrating Russian-origin missiles and radars. Korean-made warships with a "different" general management system is not easy.