The Egyptian Navy receives the locally made Port Said 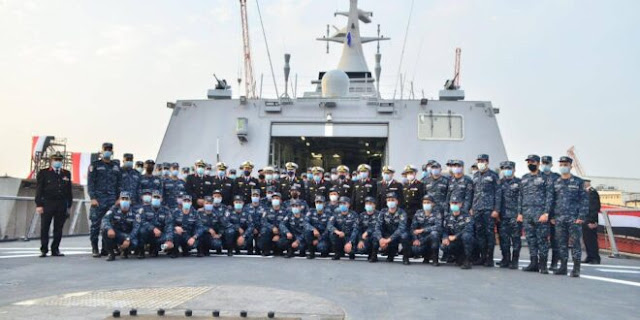 On January 11, the Egyptian army announced that its naval forces had received the first stealth frigate, which it called “Port Said,” and the Egyptian military spokesman's Facebook page stated that the new “ Goind ” frigate was manufactured by the Alexandria Shipyard Company. “.

The frigate "Port Said" will join the fleet of the Egyptian naval forces, which has recently witnessed a huge technological breakthrough in armament and combat efficiency systems, according to the latest combat systems.

The Egyptian army said that using this frigate is part of its efforts to support the combat and technical capabilities of its members.