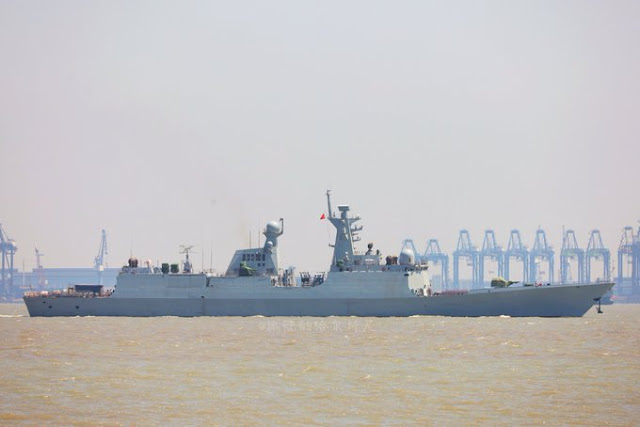 Pakistan signed an initial contract for the delivery two Type 054 A/P frigates in 2017. An additional contract for two more ships was announced in June 2018. The first-in-class frigate was launched in August 2020 and the second in January 2021. As for the third one, the keel laying took place on May 1st 2021. All four units are built in China and the first two are expected to be delivered to the customer by year end.

According to a Pakistan Navy press release, the Type-054 A/P ships are state of the art frigates equipped with modern surface, subsurface and anti air weapons and sensors. Once constructed, these ships will be the most technologically advanced platforms of Pakistan Navy which will strengthen its capability to meet future challenges and maintain peace, stability & power equilibrium in the Indian Ocean Region.

The Pakistan Navy is currently undertaking an important renewal of its fleet, with the procurement of several modern platforms: In addition to these frigates from China, Pakistan will also commission new corvettes from Turkey and OPV from the Netherlands. It is also modernizing its submarine force.The Type 054A is a multi-role frigate and is recognized as the backbone of the People’s Liberation Army Navy (PLAN) fleet of surface combatants with 30 vessels in commission. They have a length of 134 meters, a beam of 16 meters for a displacement of 4,000 tons. They have a crew complement of 165 sailors and are fitted with:

In PLAN service, those frigates feature a Type 382 radar which shares a close resemblance with the Russian MR-710 Fregat radar. Unlike the Pakistan Navy variant – whose first ship-in-class is fitted with a SR2410C radar – the Type 054A in Chinese Navy service do not feature a long range / metric wave radar.
at Tuesday, November 09, 2021