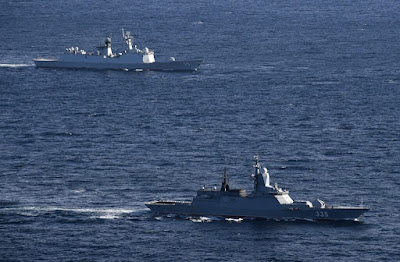 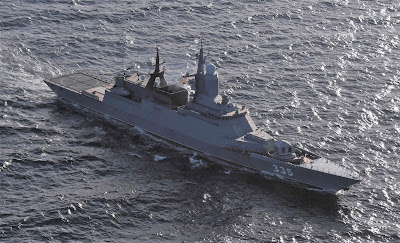 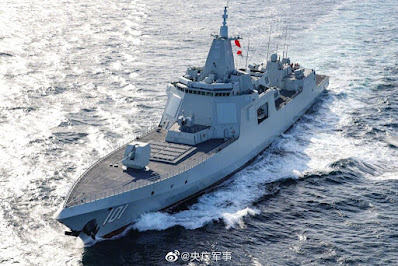 Russia and China recently conducted a large-scale joint maritime exercise, which could be upgraded to joint air and sea patrols in the future, analysts say.

The warships of the two countries recently passed through the Tsugaru Strait and Japan's Izu island chain, a move that is considered a show of strength before the US and its allies.

“The Chinese and Russian militaries can conduct joint air and sea patrols in the Sea of ​​Japan or the Western Pacific,” said Yue Gang, a retired PLA officer and now a peace activist. military commentary. Mr. Gang said that the two sides can jointly mobilize more modern weapons into the exercises.

“With the mobilization of more modern weapons, the two countries will show more clearly their determination to strengthen coordination as well as demonstrate that they are not hiding anything from each other. Both sides need to strengthen their joint capacity to handle crises or emergencies," Gang said.“China and Russia are showing off their joint patrol capabilities. The two sides have conducted joint air patrols, and the latest is joint patrols at sea. They are trying to show their determination to jointly maintain regional stability,” said former Chinese military lecturer Song Zhongping.

During the last exercise, the Russian and Chinese fleets performed anti-submarine exercises and passed through the narrow Tsugaru Strait between the Japanese islands of Honshu and Hokkaido. The group then headed south and passed the chain of Izu islands while helicopters also took off from the deck.

According to the announcement of the militaries of the two countries, five Russian warships and five Chinese warships participated in this exercise. This is also the first time China has sent the 055-class Nanchang missile destroyer to participate.

Other ships dispatched by China include a 052D destroyer, two 054A frigates and an corvette. Russia sent the Udaloy-class destroyer Admiral Panteleyev, the submarine hunter Admiral Tributs, an electronic surveillance ship and two other destroyers.

China and Russia have periodically cooperated in military exercises since 2012. Since 2019, the two countries have conducted annual joint air patrols in the East China Sea and the Sea of ​​Japan.

Observers believe that Russia and China will increase exercises in the East China Sea and the Sea of ​​Japan in the near future, where both countries have interests. The exercises will likely focus on air defense and anti-ship capabilities.

"The joint deployment of warships by Russia and China is a strong warning to the US and Japan," said former Chinese military lecturer Song Zhongping.

Both Mr. Gang and Song said that the Chinese and Russian militaries are drawing closer together because they are facing increasing external pressure, including the formation of the AUKUS security alliance of the US, UK and US trio. Australia, along with the expanded role of the "Quad" with members including Japan, India, the US and Australia.

“These things pose a relatively serious threat to China, even Russia. Beijing and Moscow urgently need to strengthen mutual trust on the military front, step up joint exercises and strategic cooperation," Song said.