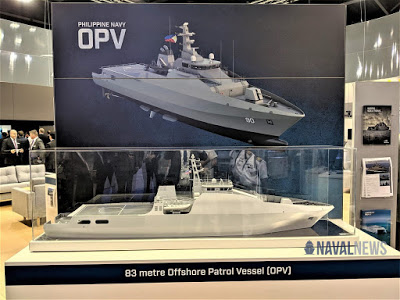 Australian Ambassador to the Philippines Steven Robinson AO has said that the Australian government and the Department of National Defense (DND) will sign an agreement, regarding the proposed construction of offshore patrol vessels (OPV), later this February.The Philippine Information Agency (PIA) interviewed the Australian ambassador during his visit to Cebu on January 29 to discuss plans for the upcoming 75th Australian-Filipino Friendship slated on May 22, 2021.

According to report by PIA.GOV.PH, the agreement will act as framework for underpinning the proposal to construct 6 OPVS for the Philippine Navy at Austral Philippines Pty. Ltd. in Balamban, Cebu Province in the next five years.Robinson said that the project will enable Austal “to employ 750 to 1,000 Filipinos at a critical time when the Philippines is experiencing unemployment issues due to the pandemic.”MaxDefense Philippines noted that the framework “gives Australia’s bid for the OPV Acquisition Project a boost, considering it is still competing against offers from South Korea, Thailand, and other countries like Turkey and other European countries.”